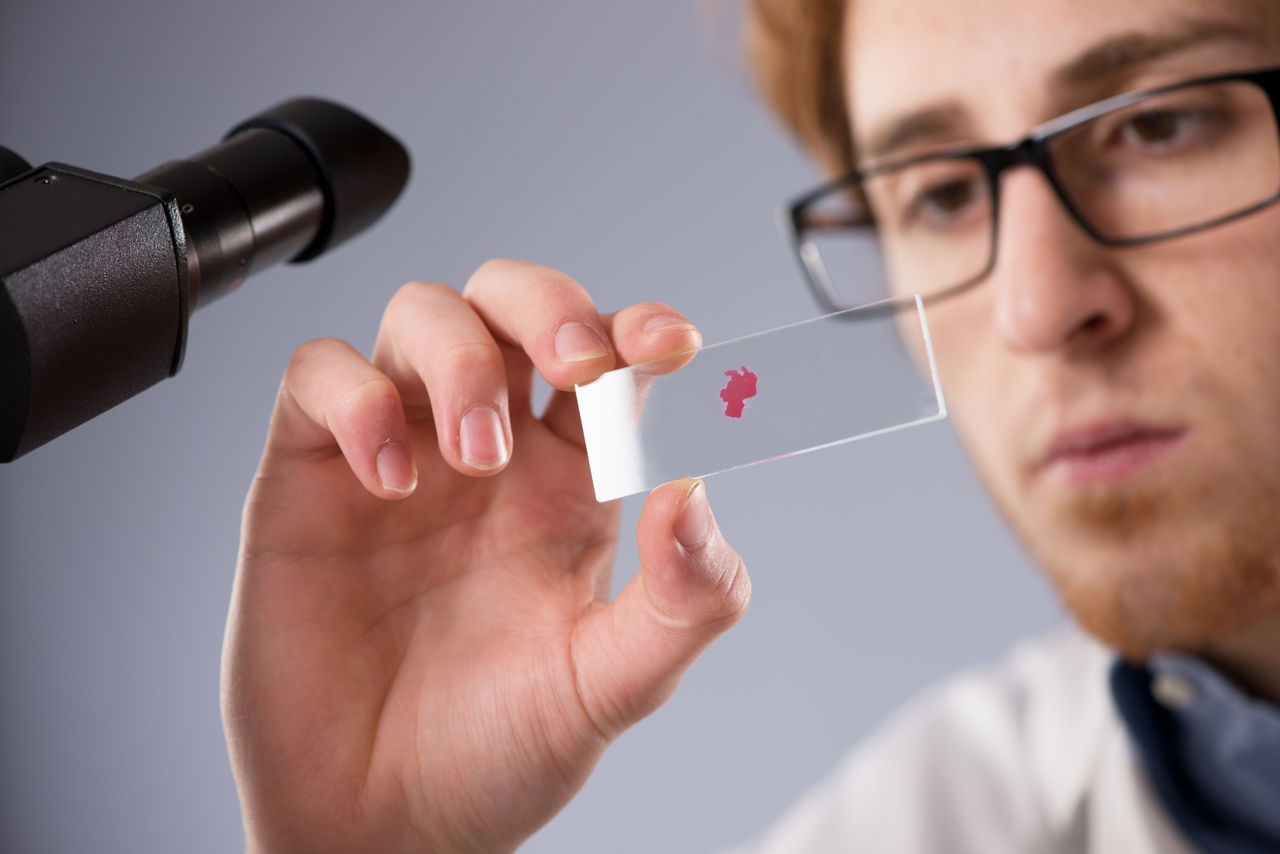 A specific genetic defect in a set of people with European and Asian heritage has rendered them resistant to AIDS.

The human immunodeficiency virus (HIV) is one of the most notorious viruses, and affects about 50,000 people ever year in the USA alone. This virus infects several types of cells in the body including a set of white blood cells called T-helper (Th) cells. Reduction in the number of T-helper cells weakens the immune system, ultimately leading to Acquired Immunodeficiency Syndrome (AIDS), which is characterized by increased bacterial, fungal, and parasitic infections.

In an infected individual, HIV is present in the genital fluids and blood. Hence it gets transmitted sexually as well as through the use of infected syringes, transfusion of infected blood, and on contact of a wound with the infected fluids. The virus also spreads from an infected mother to the child during pregnancy, delivery, or through breast milk. After transmission, the virus may persist in a latent state for several years before leading to AIDS.

The interaction of HIV with T-helper cells, as well as the different stages of HIV infection have been explained below.

HIV belongs to the family of retroviruses, which are RNA (ribonucleic acid) viruses characterized by their ability to synthesize DNA (deoxyribonucleic acid) from RNA by a process called reverse transcription. The HIV genome comprises two copies of single stranded RNA (ssRNA). These RNA molecules and the enzymes required for multiplication of the virus are enclosed inside a conical protein structure called capsid. The capsid is surrounded by an envelope that is similar to the cell membrane of human cells.

T-helper cells are the main targets of HIV, and are also called CD4 positive cells due to the presence of a specialized protein called CD4 (cluster of differentiation 4) on their cell surface. These cells are a type of soldier cells present in the body, and play an important role in detecting foreign bodies and pathogens, as well as activating other cells of the immune system. HIV attacks these cells, multiplies inside them, and ultimately destroys them. In simple terms, HIV reprograms the T-helper cells into HIV-producing cells. This replication cycle of HIV occurs through the following sequence of events.

The HIV envelope contains specialized protein stems onto which a set of glycoproteins called gp120 are attached. These glycoproteins can identify and bind to CD4 molecules present on T-helper cells. This interaction is analogous to lock and key interaction, and serves as a gate opener for HIV. Once HIV docks onto the cell membrane of T-helper cells, fusion of the viral and cellular membranes occurs, and the viral capsid is released into the cytoplasm.

The viral capsid contains the enzymes necessary for the synthesis of new viral particles from the RNA strands by using cellular machinery of the host cell. One of these enzymes is the reverse transcriptase  that synthesizes a double stranded DNA (dsDNA) molecule from the existing viral ssRNA. The enzyme first creates a single stranded DNA (ssDNA) from viral ssRNA, which is termed as reverse transcription. Using this DNA strand as a template, the enzyme then creates the second strand of DNA molecule, thus giving rise to a dsDNA molecule. The virus does not have its own set of nucleotide bases, and uses those present in the cytoplasm of the T-helper cells.

The dsDNA is tightly bound to a viral enzyme called integrase, and is transported into the nucleus by the cellular transport machinery of T-helper cells. Inside the nucleus, integrase enables the integration of the viral DNA into the DNA of T-helper cells. Using this mechanism the virus can hide and stay in the body in a latent state for several years.

The T-helper cell nucleus, like every cell of the body, contains enzymes for generating messenger RNA (mRNA) molecules from the DNA present in the nucleus. These mRNA molecules contain all the information necessary for producing cellular proteins.

By integrating its DNA into the host DNA, HIV exploits this process for creation of mRNA molecules that contain the information for synthesis of viral proteins. The mRNA molecules generated in the nucleus travel outside into the cytoplasm, where long chains of viral proteins are synthesized by the protein synthesis machinery of T-helper cells. These long chains are cut into individual protein units by the viral enzyme protease. Thus, the infected T-helper cell is now completely under control of HIV, and works as a virus-producing factory.

On contraction of HIV, individuals may remain asymptomatic for a long period of time or experience flu-like symptoms called acute retroviral syndrome (ARS)  in about 2-4 weeks. This stage of primary infection is called acute infection, and is characterized by active multiplication of the virus and reduction of T-helper cells. Frequent fever, muscle and joint pain, swollen lymph nodes, and gastrointestinal problems are some of the common symptoms. In this stage, the immune response against the virus helps to limit viral multiplication, and the counts of T-helper cells increase to normal. Antibodies are generated against HIV and are present in the blood of infected individuals, which serves as a diagnostic criteria for HIV infection.

However, the body is unable to get rid of the virus, and it persists in an inactive state. This stage is termed clinical latency, and can last for 1-2 years or even 15 years. This time period depends on several factors including the individual’s immune strength, diet, age, medical history, and prevailing medical conditions (if any). Nevertheless, the virus cannot be controlled forever by the immune system, and the viral replication increases, in turn affecting the T-helper cells. In addition, the death of uninfected T-helper cells and cytotoxic T-cells has also been observed in HIV patients.

Once the number of T-helper cells drops below 200 cells per µL, opportunistic infections occur. This stage is known as AIDS, and is characterized by muscle wasting, candidiasis, pneumocystis pneumonia (pneumonia caused by the fungus Pneumocystis), and other respiratory tract infections. Moreover, the individual is at risk of developing virus-induced cancers. Infections affect nearly every organ of the body, ultimately leading to the demise of the patient.

The stages of HIV infection, as identified by the World Health Organization (WHO), along with the corresponding T-helper cell counts (CD4 counts) are as summarized below.

AIDS epidemic has survived for the past few decades, and HIV continues to find new hosts in the form of those who practice unsafe sex, those who accidentally use infected syringes, and those who receive blood from an infected person.