Childhood Obesity Statistics That Will Definitely Shock You

Read about childhood obesity statistics in this Buzzle write up, and get to know how acute this problem has become in the US. Understanding the gravity of the issue can help us to become more sensitive regarding obesity as a medical condition.

You are here: Home / General Health / Childhood Obesity Statistics That Will Definitely Shock You 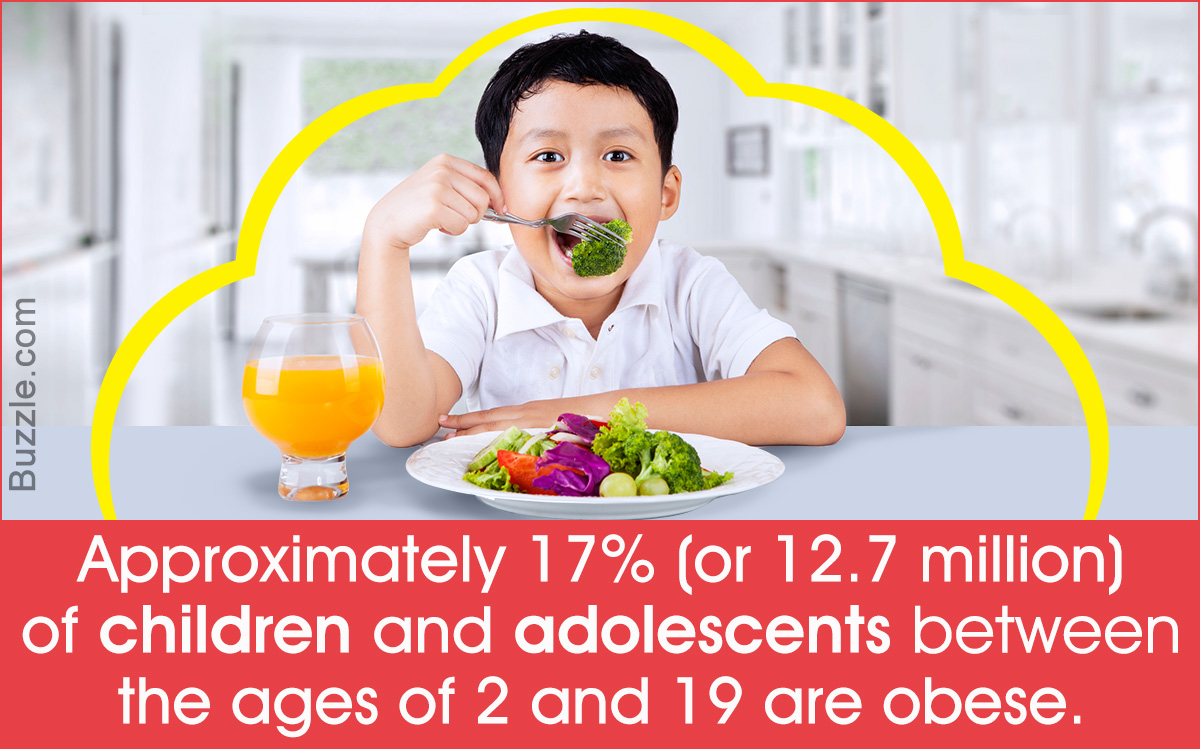 Read about childhood obesity statistics in this Buzzle write up, and get to know how acute this problem has become in the US. Understanding the gravity of the issue can help us to become more sensitive regarding obesity as a medical condition.

According to the World Health Organization, most of the world’s population lives in countries where obesity, rather than malnourishment (as a factor), causes death.

The threat of obesity has become a major health concern for adults and children alike, and has heightened in the past few decades in the US. It has become a striking reality in the US society, and has only worsened over the last 30 years. Childhood obesity statistics are alarming, and they have compelled the Federal government and health agencies to focus on health reforms and create an awareness about this grave medical condition. Before plunging into childhood obesity data collected from various sources, knowing the cause of childhood obesity is important to treat this disease.

Statistics related to obesity in children have established a close relation between unhealthy eating habits and the increase in extra body fat. In fact, poor eating habits are cited to be one of the major causes of childhood obesity. With fast foods as an integral and unavoidable part of dietary habits, it’s not surprising to observe a significant rise in the number of children suffering from issues related to their weight. Who should be blamed for the health crisis assuming an endemic proportion in kids all across the US? First and foremost, it is sad to note that some parents are careless, or rather they have no time for their kids to provide them cooked meals and educate them on healthy eating.

As a result, in such families, directly or indirectly, unhealthy eating habits are encouraged. If the elders and parents are not encouraging kids to eat homemade cooked meals, it’s least expected that children will develop healthy eating habits. Certainly, causes and effects of childhood obesity need to be understood with the help of an expert nutritionist, and fostering the habit of eating healthy foods should be developed in kids. While unhealthy eating leads as the major cause of obesity, there are several social, behavioral, and genetic causes of obesity, which must be kept in mind for understanding the nuisances of obesity from a larger perspective.

As per the reports published on the official website of the Centers for Disease Control and Prevention (CDC), on September 2014, approximately 17% (or 12.7 million) of children and adolescents aged 2-19 years are obese. Obesity in children has become a challenging issue for doctors and parents across the US. To understand the current situation closely, consider this statistics published by the CDC to show the gravity of this problem- The percentage of children aged 6-11 years in the United States who were obese increased from 7% in 1980 to nearly 18% in 2012. Similarly, the percentage of adolescents aged 12-19 years who were obese increased from 5% to nearly 21% over the same period.

Besides the CDC, there are several NGOs and medical institutions working relentlessly to spread awareness about child obesity. The following statistics have been compiled from several resources, and are just aimed to spread more awareness about the current state of childhood obesity in America.

Fast-paced lifestyle in America is a contributing factor for increasing obesity in people who don’t get sufficient time to even cook a meal at home. Children growing up in such homes automatically rely on junk foods for eating, and so do the parents. Busy lifestyle, hectic work schedule, and prosperity in US have made fast food one of the biggest businesses in packaged food industry. The significant jump in the childhood obesity statistics over the past few years are a warning bell for all of us, and we must take steps to put a check on increasing menace of obesity. Spreading awareness about obesity and its negative implications through childhood obesity prevention tips can go a long way in inculcating and monitoring healthy eating habits in children.