The term appendicitis refers to an inflammation of the appendix. This small pouch located at the upper tip of the large intestine can become diseased and in the absence of timely medical aid, it even ruptures, causing a medical emergency.

You are here: Home / General Health / Complications of Ruptured Appendix

The term appendicitis refers to an inflammation of the appendix. This small pouch located at the upper tip of the large intestine can become diseased and in the absence of timely medical aid, it even ruptures, causing a medical emergency. 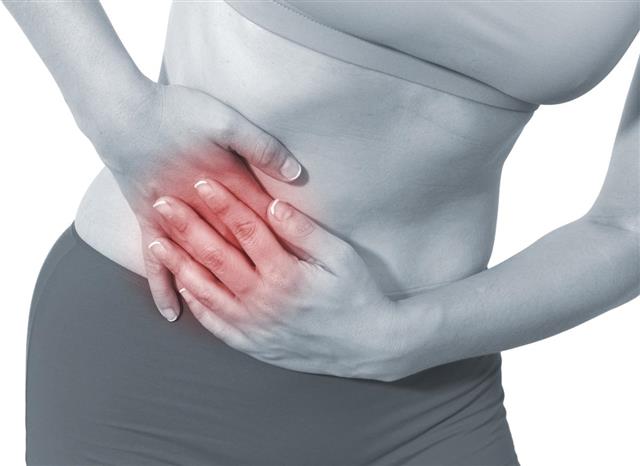 The appendix is a small tube that is connected to the pouch-like colon structure. It is located at the junction of the small and the large intestine. The appendix is roughly 10 cm in length and between 7 and 8 mm in diameter. The common belief is that the appendix has no particular function. However, immunologists have proved that the appendix not only produces, but also protects beneficial bacteria that are good for the colon.

Appendicitis refers to a diseased appendix that causes severe pain in the abdomen. On account of many different causes for abdominal pain, accurate diagnosis becomes very difficult. Nevertheless, a delay results in rupture or perforation of the appendix. This in turn results in spillage of infected contents into the abdomen region. The ultimate treatment for acute appendicitis is a surgical procedure called appendectomy. In this procedure, the appendix is removed . A ruptured appendix is life-threatening.

When the appendix is about to rupture, there is a sharp pain felt around the navel. The pain fluctuates between severe and mild and is a throbbing contraction of muscles. It starts moving towards the lower, right-hand side of the abdomen, becoming steady and more severe as it moves. Any movement makes it worse and the intake of solids or liquids brings on a feeling of nausea; probably because of the close proximity of the digestive organs and the extent of infection. The rigidity of the abdomen causes a lot of discomfort. Beyond the pain, patients usually complain about a loss of appetite, feeling of nausea, constipation or diarrhea and a fever.

The diagnosis of appendicitis actually takes place via laparotomy, an abdomen-operation. And, in order to avoid a rupture, surgery is usually recommended immediately, once the signs and symptoms leave no doubt. Although appendicitis is a medical emergency and complications of appendicitis can lead to organ failure and death, the mortality rate has decreased drastically with proper medical treatment and attention. The common complications that arise after a ruptured appendix are discussed below:

Laboratory tests are not effective in determining and conforming appendicitis. The related blood test simply indicates a high white blood count. This indicates an infection, but where and why are left up to the physician. Urine tests are equally ineffective in this case. Additional tests like ultrasound and computed tomography or CT scan need to be conducted to diagnose appendicitis.

The treatment for a ruptured appendix is appendectomy, via the standard surgical procedure or laparoscopy. The condition could be life-threatening if the ruptured appendix is neglected and left untreated. Ruptured appendicitis involves many complications and a slow recovery. Research reveals that the condition can be prevented with a regular intake of leafy vegetables and tomatoes. Though the causes of appendicitis are not yet very well understood, there is a good reason to believe that an obstruction within the organ, ulceration and bacterial infection are the most likely triggers.