Goldenhar syndrome is a disorder that causes distortion to the facial and internal parts of a child. 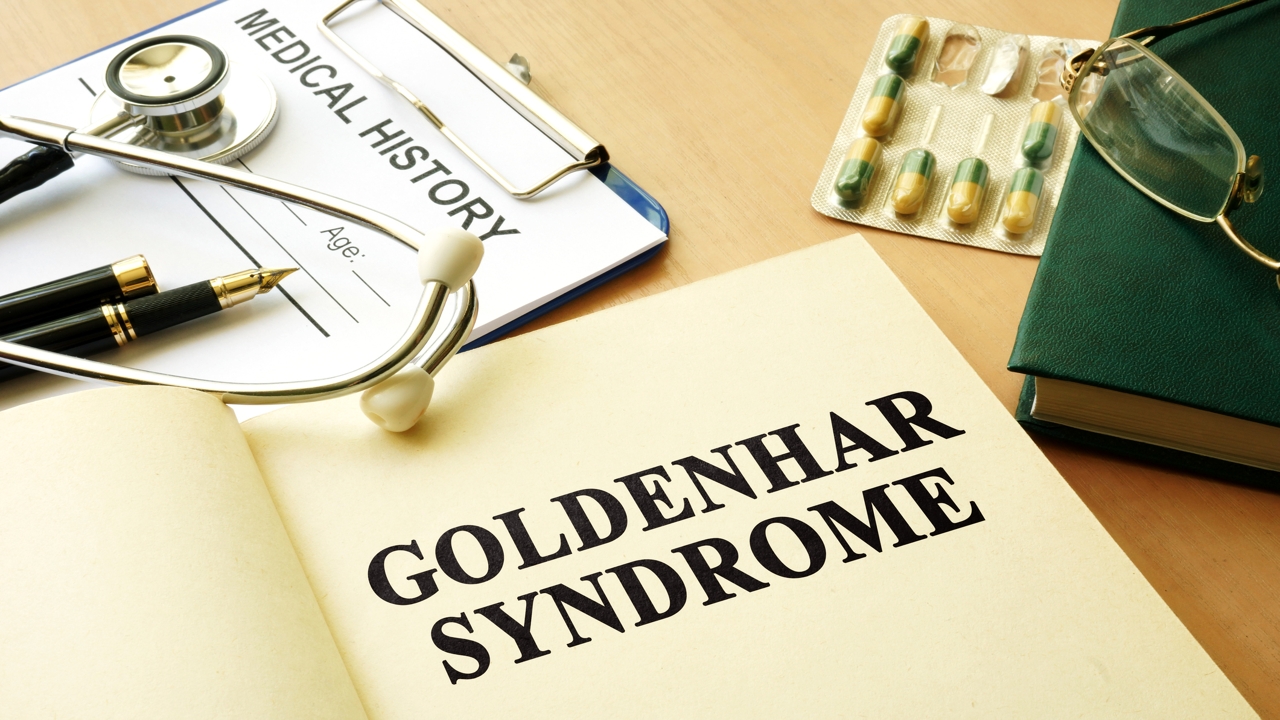 Goldenhar syndrome is a disorder that causes distortion to the facial and internal parts of a child.

Goldenhar syndrome, also known as Oculo-Auriculo-Vertebral (OAV) syndrome (named after Dr. Goldenhar who studied and wrote many things about facial problems), is a rare congenital defect, which involves incomplete development (deformities) of the eye, ear, lip, soft palate, nose, and mandible. It is also associated with anomalous development of the first and second branchial arch.

Children born with this disorder may have partially developed/formed or completely absent parts of the face, such as ear, eye, nose, etc., as well as incomplete development of muscles in the face and skin (hypoplasia). It is also characterized by deformation at the corner of the mouth (extended towards the ear, also known as macpostoma), chin, and incomplete growth of the eye. As the deformation may cause problems with the mouth opening, it also may lead to speech-related problems and hemivertebrae (small or improperly developed spinal vertebrae).

It is not confirmed if anything done by the mother during her pregnancy may directly or indirectly cause this syndrome in the newborn, but the possibility of any such influence cannot be ignored. Some doctors believe that the postures a pregnant woman uses, or the kind of life she lives or any particular activity done by her can cause hampered or incomplete development of an infant. Doctors also believe that the environment a pregnant woman is staying in, or the physical conditions she is undergoing (for example: the way her family/husband treats her) can cause development of this syndrome in infants. Also, exposure to certain chemicals/toxics of a woman can lead to development of this syndrome in infants.

As this syndrome causes distortion of the face, physical examination of the affected person is the first step in diagnosis. Along with the physical examination, X-ray and Ultrasound scan can help identify internal problems. Prenatal diagnosis with the help of screening or other scanning/imaging processes also can help in confirming if facial or skeletal issues are present.

Treatment involves correction of the various symptoms, such as hearing aid to help alleviate hearing-related issues, use of speech therapy for speech problems, use of corrective dental treatment for dental problems, and therapy to improve other physical issues. In some cases, plastic surgery is used as a corrective treatment, which varies from cosmetic to severe issues, such as corrective surgeries for problems related to eye, use of crutches/walker, etc.