Diabetic retinopathy is characterized by damage to the retina. This condition is common in people with chronic diabetes. The article provides information about the symptoms and types of this condition. 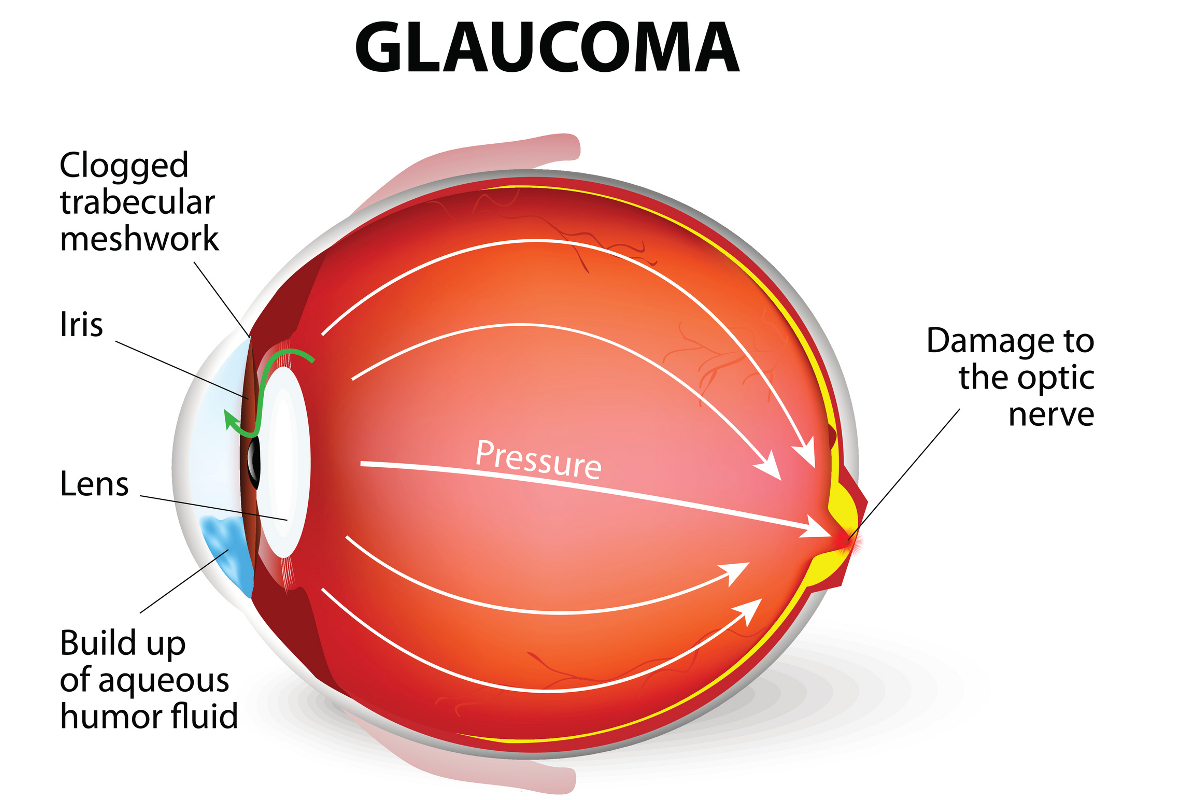 Diabetic retinopathy is characterized by damage to the retina. This condition is common in people with chronic diabetes. The article provides information about the symptoms and types of this condition.

Diabetes is a medical that is characterized by high blood sugar levels, called hyperglycemia. It occurs due to insufficient production of insulin hormone by the pancreas or reduced capacity of the body to use insulin. This condition can give rise to serious complications such as nerve damage, renal failure, heart and blood vessel diseases, foot problems, and eye problems. Diabetic retinopathy is one of the serious complications of diabetes that affects the eyes.

Diabetics are at a higher risk of developing certain eye problems such as cataract, glaucoma, and retinopathy. Retinopathy is one of the most common complications of diabetes, which occurs in people affected by chronic diabetes. It occurs due to damage of the blood vessels of the light-sensitive tissues in the retina and may occur in people with type-1 diabetes or type-2 diabetes. In some cases, there may be swelling of blood vessels and secretion of fluid in the eye.

In other cases, there may be a growth of new blood vessels on the surface of the retina. This initially causes abnormality in vision, and if left untreated, can lead to vision loss. The National Eye Institute has reported that about 45% of diabetic adults in the United States suffer from some degree of retinopathy and it is one of the leading causes of blindness in the United States.

There are two major types of diabetes retinopathy: non-proliferative and proliferative. While the former is the early and mild form of the disease, which can cause blurred vision, the latter is the advanced and more severe stage of the disease that may result in vision loss and scarring of the retina.

People with severe diabetes for a longer period of time are at a greater risk. Poor control on diabetes, high cholesterol levels, high blood pressure, and smoking are the risk factors for diabetic neuropathy (damage to nerves due to diabetes). Also, pregnant women with diabetes are at a higher risk of developing this condition.

Many times, there are no visible symptoms for early stages of this condition. However, in the advanced stage of the disease, symptoms such as spots floating, dark streaks or a red film that blocks the vision, and shadows or missing areas of vision might be observed. Also, blurred vision, poor night vision, and vision loss are indicative of this condition. In some cases, abnormal growth of new blood vessels may give rise to some serious complications such as, vitreous hemorrhage, retinal detachment, glaucoma, and blindness. Both the eyes may get affected by this condition.

As soon as the early symptoms of this eye condition start appearing, help of an eye-specialist should be sought. The condition can be diagnosed by carrying out a dilated eye exam. The test is performed by dilating the pupils using eye drops, and then examining the retina. The doctor checks for any abnormal blood vessels, growth of new blood vessels, and scar tissues. Also, the doctor looks for the signs of damage to the nerve tissues, swelling, bleeding or fatty deposits in the retina, bleeding in vitreous (clear, jelly-like substance that fills the center of the eye), and retinal detachment. Some other tests such as retinal photography, also called fluorescein angiography and optical coherence tomography (OCT) might be conducted for the diagnosis of this condition.

The treatment for this eye condition depends upon the type and severity of the condition. The damage caused to the retina is irreversible, hence the treatment is aimed at preventing the disease from getting worse, thereby preventing further damage. Although, no treatment is required for non-proliferative retinopathy, laser treatment can be administered in some cases.

In case of advanced proliferative retinopathy, prompt surgical treatment might be required. There are various other treatment options available, such as focal laser treatment, scatter laser treatment, and vitrectomy. Since diabetes is a long-lasting condition, surgeries do not provide permanent treatment, they only slow down the progression of the condition. Since there is a possibility of further retinal damage and vision loss in diabetic people, it is advisable to go for regular eye checkups even after the treatment.