Gallbladder Problems and Back Pain

Is there an established link between gallbladder problems and back pain? Scroll down to find out if an inflamed gallbladder could cause back pain.

You are here: Home / General Health / Gallbladder Problems and Back Pain 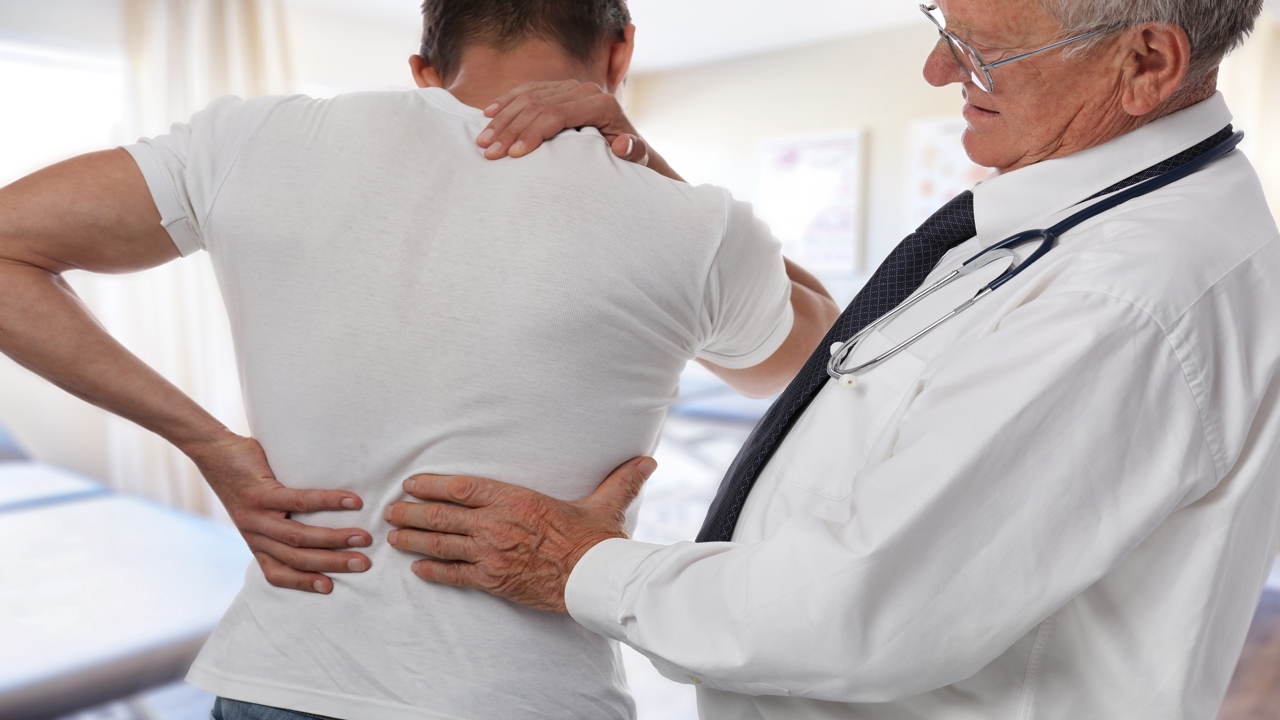 Is there an established link between gallbladder problems and back pain? Scroll down to find out if an inflamed gallbladder could cause back pain.

The gallbladder is a small pear-shaped sac that is located below the liver. It stores and regulates the flow of bile. Bile is a digestive juice produced by the liver. Cholecystokinin (CCK) is a peptide hormone that facilitates the contraction of the gallbladder. CCK is secreted whenever we ingest food items that are rich in fats or lipids. Once CCK is secreted, the gallbladder contracts. This is followed by release of bile into the cystic duct. The cystic duct and the hepatic duct together make up the common bile duct. Bile is released from the common bile duct into the small intestine. The secretion of bile is extremely essential for emulsifying fats. Emulsification of fats plays an important role in the digestion and absorption of fats. If the gallbladder becomes inflamed or is unable to release bile at the right time, one may suffer from a wide range of distressing symptoms. Though abdominal pain and discomfort are the characteristic signs of a gallbladder disease, pain may sometimes be felt around the back as well.

Medical Conditions Associated with the Gallbladder

The gallbladder secretes bile as per the body’s requirements. Bile contains bile acids, cholesterol, bilirubin, phospholipids, electrolytes and water. The non-soluble free cholesterol becomes soluble only when the bile acids act upon it. However, consumption of foods rich in cholesterol can affect the composition of bile. If cholesterol is present in large amounts, it may crystallize into hard stone-like masses. These hardened deposits are called gallstones. The medical condition associated with the presence of gallstones inside the gallbladder is referred to as cholelithiasis. These hardened deposits can obstruct the passage of bile. These could even get lodged anywhere in the biliary tract.

It is not necessary that the aforementioned symptoms would be caused by gallstones. Such symptoms could also be observed in people suffering from acalculous cholecystopathy. This is a gallbladder disease that is not associated with gallstones. It is also referred to as biliary dyskinesia.

When inflammation of the gallbladder is not attributed to gallstones, the affected individual is diagnosed with acalculous cholecystitis. This condition could be acute or chronic. Though chronic form of this disease is more common, acute acalculous cholecystitis may be observed in AIDS patients. Trauma to the bladder or blood poisoning could also be contributory factors. This condition is characterized by thickening of the gallbladder wall or the presence of fluid around the gallbladder.

Does an Inflamed Gallbladder Cause Back Pain?

Since the gallbladder is located in the upper-right quadrant of the abdomen, people suffering from this condition often suffer from upper-right abdominal pain. However, it’s not necessary that the pain remains restricted to the upper-right quadrant, where the gallbladder is located. At times, pain could be felt at a place other than the place of its origin. This explains why many people suffering from gallbladder disease complain about back pain. It is quite common for people suffering from an inflamed gallbladder to experience back pain. Pain may even radiate to the right shoulder or between the shoulder blades. Most patients complain about experiencing severe abdominal pain or referred pain in the lower back, soon after the ingestion of cholesterol-rich foods. Such episodes of severe pain, which are also referred to as gallbladder attacks, may occur due to decreased tolerance or intolerance to fatty foods.

Since pain in the back is a referred pain, the best way to get rid of pain would be to treat the underlying cause. Since gallbladder problems mostly arise due to poor dietary habits, and gallbladder attacks occur after ingestion of foods rich in cholesterol, the patient needs to refrain from consuming fatty foods. It is best to follow a diet that helps to flush out gallstones. The patient could follow tried-and-tested home remedies. For instance, apple juice is believed to be helpful in flushing out small gallstones. It is believed that malic acid present in apples helps in breaking down gallstones. People who suffer from gallstones might benefit from drinking beet juice.

Treatment options also include drug therapy for dissolving gallstones. Lithotripsy is a noninvasive procedure that involves breaking gallstones with the help of ultrasound waves. If the gallstones are big and the inflammation is severe, cholecystectomy (surgical removal of the gallbladder) is usually suggested. Laparosopic cholecystectomy is usually recommended for acalculous cholecystopathy or cholecystitis if other treatment options have not provided desirable results.

If a person has been experiencing any of the aforementioned symptoms, it would be best to seek medical assistance immediately. Back pain that is referred from an inflamed gallbladder will resolve, once the underlying cause of the inflammation has been treated.

Disclaimer: This article is for informational purposes only. It is not intended to be a substitute for the advice of a medical expert.