Ibuprofen vs. Acetaminophen: Be Aware of Their Side Effects

The following article throws some light on information related to 'ibuprofen vs acetaminophen. To know more about serious side effects of these medicines, read on...

You are here: Home / General Health / Ibuprofen vs. Acetaminophen: Be Aware of Their Side Effects

The following article throws some light on information related to ‘ibuprofen vs acetaminophen. To know more about serious side effects of these medicines, read on…

As we also know, the two most popular medications for pain relief are ibuprofen and acetaminophen. These medications are available over the counter and are regarded as effective weapons of ‘pain destruction’. Whether it is a hamstring injury or abdominal pain, the doctors often advice their patients to take these medications to relieve the pain. Although both help to reduce pain, many want to know which medication has an edge over the other when it comes to pain relief.

Although ibuprofen and acetaminophen are both painkillers, the latter is not a non steroidal anti-inflammatory drug (NSAID). Hence, it cannot be used to treat inflammation that is associated with several health conditions. On the contrary, ibuprofen being a NSAID, it can help to reduce the inflammation. People with arthritis often experience inflammation of joints, that can be brought under control using ibuprofen.

Overdose of any medication is harmful to health, and ibuprofen as well as acetaminophen are no different. Studies confirm that acetaminophen overdose (more than 4000 mg per day and over 1000 mg per dose) can interfere with the functioning of the liver. Its ability to remove toxic matter from the blood can reduce considerably. Liver damage has been reported in many patients due to acetaminophen overdose. For instance, consuming over 6 tablets (each containing 650 mg of acetaminophen) in one day increases the likelihood of severe liver problems. Also, having 1.8 ounces or more alcohol everyday when on acetaminophen dose can also raise the chances of developing liver problems. Ibuprofen overdose is equally damaging and in no way beneficial to the health. Even though ibuprofen overdose (more than 3200 mg per day and over 800 mg per dose) doesn’t give rise to liver failure, it can cause serious side effects involving the intestines or the stomach. Internal bleeding in the intestines that eventually leads to presence of blood in the stool is observed. People unintentionally taking an overdose of ibuprofen, many times vomit or cough up blood. Surprisingly, acetaminophen does not lead to stomach problems, but its overdose is definitely like poison for the liver.

Thus, people with stomach ulcers or digestive issues are often asked to avoid taking ibuprofen. On the other hand, acetaminophen is safe for the intestines and digestive tract, and side effects if any are mild. That is why acetaminophen is the most sought after treatment to cure headaches in people suffering from stomach disorders. Also, as compared to ibuprofen, acetaminophen is a safer alternative for children. Ibuprofen can irritate the stomach but considering its effective anti-inflammatory properties, taking it in small doses can help to provide maximum arthritis pain relief with minimum, well tolerable side effects.

If you are going to use acetaminophen to treat arthritis, just because it is a pain reliever, then obviously you will be disappointed. This is because arthritis causes joint inflammation and so to reduce arthritis pain, it is important to decrease the inflammation. Unfortunately, this is not possible by taking acetaminophen as it is not an anti-inflammatory drug. Hence, one cannot expect even slight improvement in arthritis pain from acetaminophen dosage. No wonder, patients with arthritis respond quite well to ibuprofen, thanks to its anti-inflammatory action.

On the whole, in order to maximize the efficacy of these medications, correct dosage is equally important. One should consult a doctor to know the number of doses that should be given daily, so that the patient recovers in less time and with minimum discomfort. 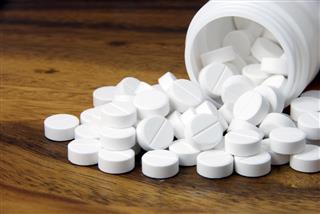 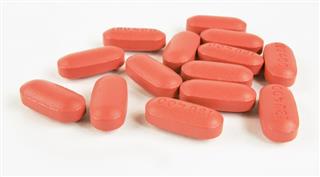 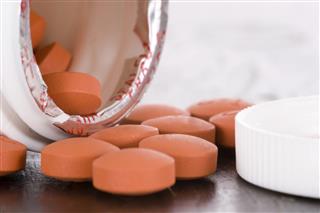 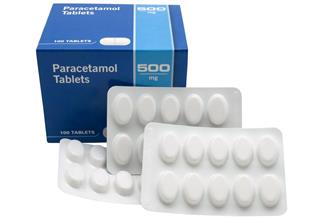