This article dwells on infected tooth symptoms. Infected tooth can conduce to severe infections not only in the oral cavity, but can also lead to infections in other parts of the body. Thus, identifying tooth infection symptoms and treatment as early as possible is vital for proper dental health. 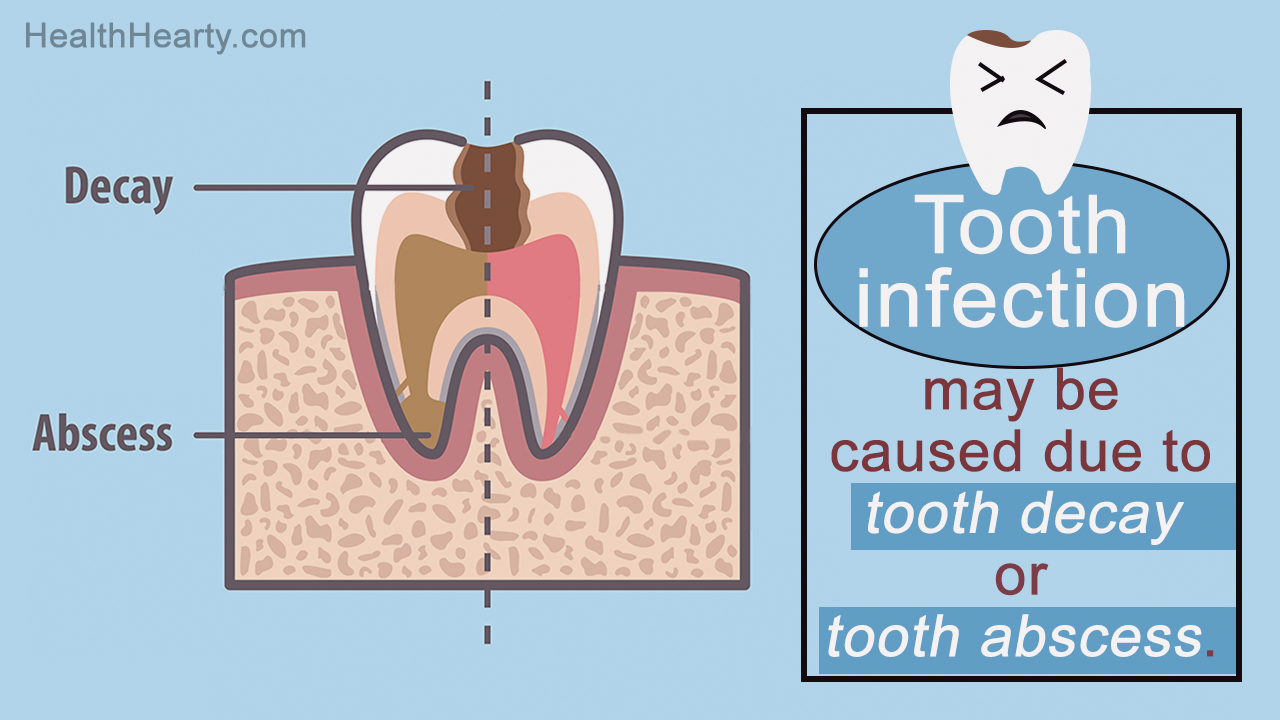 This article dwells on infected tooth symptoms. Infected tooth can conduce to severe infections not only in the oral cavity, but can also lead to infections in other parts of the body. Thus, identifying tooth infection symptoms and treatment as early as possible is vital for proper dental health.

An infection affecting the tooth and surrounding gums in the oral cavity is called tooth infection. An infected tooth basically is a dead tooth. Bacteria in the oral cavity attack everything within a tooth and destroy the living pulp, leaving a mixture of rotten tissue and living bacteria to grapple with each other. This rotting mixture seeps out of the tooth ends and infects the surrounding gums and bones, thereby causing infection. They even attack the adjacent tooth and can result in tooth loss. This article dwells on the symptoms of infected tooth, however, let us quickly look at the different causes of infected tooth before getting to that.

Causes of an Infected Tooth

This type of tooth infection refers to infection caused within the tooth, inside the pulp tissue. When body parts are attacked by bacteria in the oral cavity, the body responds by releasing antibodies and white blood cells to destroy the flourishing bacteria. Minor infections are handled by the body in this manner, however, inside the tooth, these antibodies do not act. As a result, the pulp tissue dies and the only way to salvage the rest of the tooth is by undergoing root canal treatment.

The next major tooth infection causative factor is tooth abscess. Unlike tooth decay which occurs within the tooth, in this condition, the bone supporting the tooth (jawbone) gets infected. A tooth abscess may or may not result in pain, which is why a person may not know his or her tooth has been decaying for years together. Tooth decay left untreated can result in tooth abscess.

Besides these two causative factors, tooth infections are also caused by gum diseases or fractured tooth. The condition of infected tooth can also be caused after a tooth extraction.

Infected tooth symptoms can last for some days to quite a few weeks or even longer if it is not tended to. If neglected, the infection can spread to various parts of the body as well. The different symptoms of infected tooth are as follows:

How is an Infected Tooth Treated?

Usually we pop in antibiotics to alleviate infections, however, antibiotics are not useful here as the bacteria hide in the open canals of the tooth. Don’t worry you won’t lose your tooth! The dentist may conduct an oral exam, take an X-ray and test for bacteria. He may drain some pus from the infected tooth for the tests. The type of treatment will depend on the extent of damage caused to the tooth.

Extracting the infected tooth is the easiest way to get rid of the problem, however, this is not such a good idea. As far as possible one should try and save the tooth. Root canal treatment is the best technique to salvage a severely damaged tooth. Root canal procedure involves removal of dead, decaying tissue within the tooth and replacing it with filler material. Periodontal treatment is recommended for gum infections.

It is important to understand that as soon as any of the above-mentioned symptoms are observed, one should seek medical attention. There is a possibility that the symptoms may subside, because death of tooth tissue occurs. However, the infection is still present and is continuing to destroy other tissues in the mouth. Thus, neglecting it or procrastinating the visit to the dentist and resorting to natural remedies will only lead to destruction of the surrounding bone. You will only end up losing your teeth. So don’t waste time, instead visit the dentist as soon as you can! 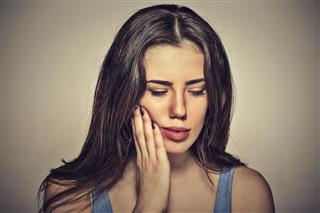 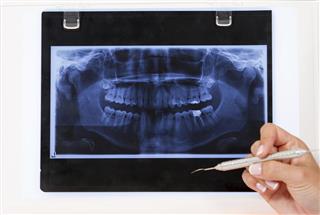 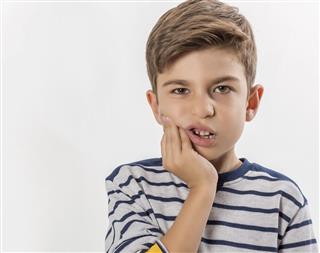