The 5-year esophageal cancer survival rate does show how grievous the disease is, but that doesn't mean there is absolutely no chance of a person surviving this condition for more than 5 years.

The 5-year esophageal cancer survival rate does show how grievous the disease is, but that doesn’t mean there is absolutely no chance of a person surviving this condition for more than 5 years.

As the name suggests, esophageal cancer is a condition characterized by the development of cancerous cells in the esophagus. Causes of this cancer type exist in plenty; smoking, tobacco abuse, and excessive drinking being the most prominent ones among them. Its symptoms include weight loss, cough, heartburn, indigestion, etc. The ailment can be diagnosed by various tests including biopsy, endoscopy, and X-ray of the chest. Once the condition is diagnosed, the person can be subjected to chemotherapy, or radiation therapy. At times, the person might even have to undergo a surgery for esophageal cancer treatment.

Survival rate for any ailment is indicated in terms of 5-year survival rate, which is the percentage of people who survived for 5 years after the said condition was diagnosed. Several factors come into play when it comes to survival rate; the stage at which the condition was diagnosed being one of the most prominent factors. Having said that, one needs to understand that these are merely estimates, which are based on sample studies, and hence they don’t necessarily apply to every individual case. There is no dearth of instances wherein people have survived for more than the stipulated 5-year period.

In case of esophageal cancer, the survival rate goes on decreasing as the cancerous cells start spreading outwards. Using the TNM system, esophageal cancer is staged from 0-IV; higher the number, more serious the situation. As the patient crosses over from one stage to another, the chances of survival continue to diminish. In fact, the stage IV survival rate, wherein the cancer spreads to other organs in the body, is as little as 5 percent.

Stage: I
Characteristics: Cancer cells invasion goes beyond the epithelium to the submucosa.
Survival Rate: 60%

Stage: II A
Characteristics: The cells spread further, invading the muscle layer of the esophagus and most probably even the adventitia.
Survival Rate: 40%

Stage: II B
Characteristics: The cells spread beyond the epithelium, but haven’t invaded the adventitia as yet.
Survival Rate: 20%

Stage: III
Characteristics: The cells have invaded the adventitia and spread further to nearby lymph nodes, or even to the nearby organs.
Survival Rate: 15%

Stage: IV B
Characteristics: Cancerous cells have spread to distant lymph nodes and/or other organs.
Survival Rate: Less than 5%

If the condition is diagnosed in the very first stage, the chances of survival are above 60 percent. As the diagnosis gets delayed, the survival rate goes down. In fact, the stage III survival rate goes well below 20 percent, making survival very difficult. Stage IV is divided into two parts, A and B, to clarify the extent of spread. The IV A stage marks the spread of cancer to distant lymph nodes, but even then there are 15 percent chances of survival. In case of IV B, which marks the spread of cancerous cells to lymph nodes as well as the other organs, the chances of survival are less than 5 percent.

Statistics reveal that males are more vulnerable to esophageal cancer compared to females, which isn’t surprising with risk factors like excessive use of alcohol and smoking coming into play. The lifetime risk associated with this ailment in the United States is 1:125 in males and 1:435 in females. The incidence of the ailment, which also increases with age, is observed to be highest among the people in the age group of 55 to 80. The average esophageal cancer survival rate for all stages combined adds up to 17 percent, and that is definitely a matter of concern according to medical fraternity across the world.

Disclaimer: This article is for informative purposes only and should not be substituted for the advice of a medical professional. 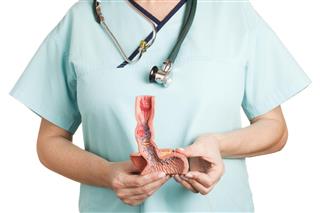 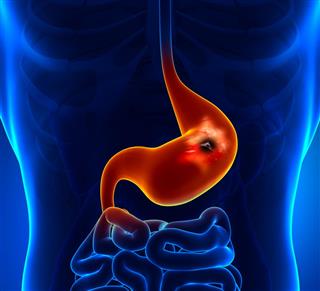