Throat cancer is characterized by the development of a malignant growth in the pharynx or larynx. The term 'throat cancer survival rate' refers to the percentage of people who survive for a certain period of time after being diagnosed with throat cancer. The following write-up provides information on the survival rate and prognosis of throat cancer at various stages. 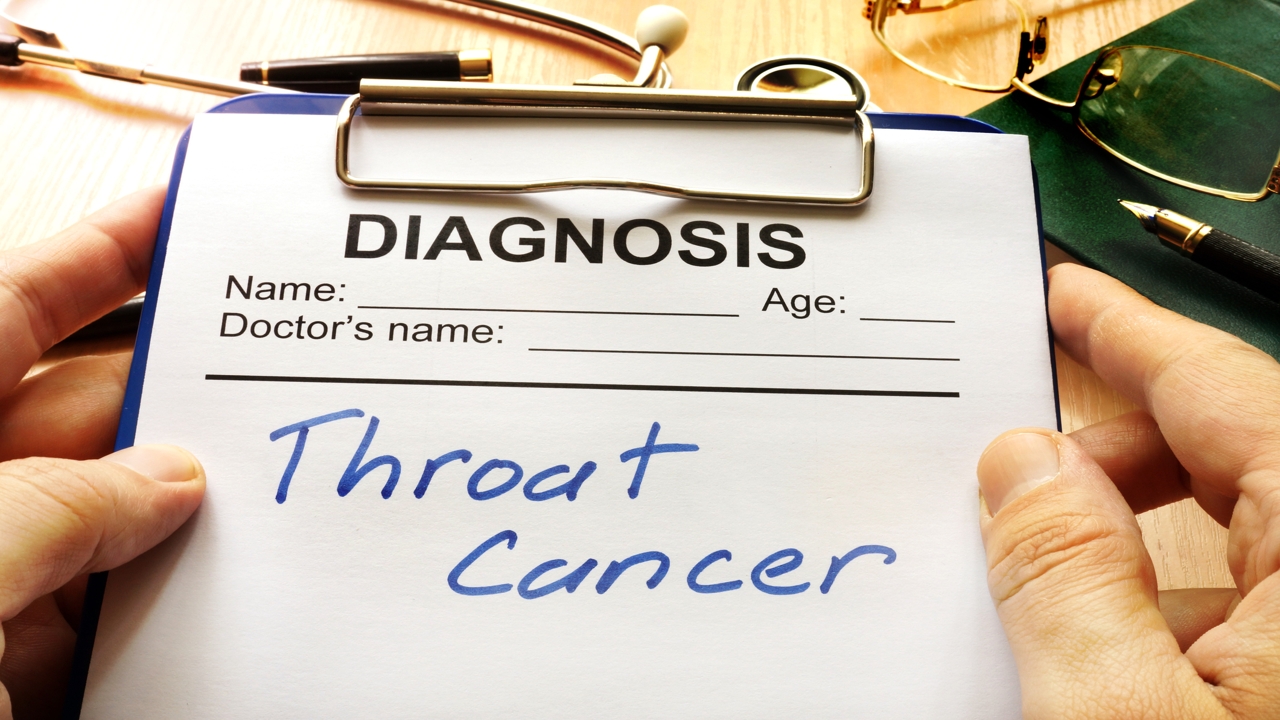 Throat cancer is characterized by the development of a malignant growth in the pharynx or larynx. The term ‘throat cancer survival rate’ refers to the percentage of people who survive for a certain period of time after being diagnosed with throat cancer. The following write-up provides information on the survival rate and prognosis of throat cancer at various stages.

Cancer refers to a malignant growth or tumor that occurs due to the uncontrolled division of abnormal cells. Throat cancer, which is placed under the category of head and neck cancers, is classified as per the location of the malignant growth. Uncontrolled division of abnormal cells could give rise to the development of an abnormal growth in the larynx (voice box) or any part of the pharynx (nasopharynx, oropharynx, or the laryngopharynx). Cancer could even start in the hypopharynx, which is the part of the pharynx that lies behind the voice box.

As per the estimates given by the American Cancer Society, there will be around 12,260 new cases of laryngeal cancer and 13,930 new cases of pharyngeal cancer in the United States in 2013. Throat cancer survival rate and prognosis primarily depends on the patient’s overall health, the stage of cancer, and the grade of tumor. The survival rates also depend on the patient’s response to the treatment.

Smoking, excessive consumption of alcohol, and the use of chewing tobacco are the main risk factors for cancers of the mouth, throat, and voice box. Other probable causes include prolonged exposure to wood dust, paint fumes, and certain chemicals employed in metalworking, petroleum, plastics, and textile industries. An infection by HPV (human papillomavirus) could also put a person at a risk of developing cancer of the hypopharynx.

The classification of the cancer into stages is based on the size and the extent to which cancer has spread. TNM staging system is one of the most commonly used staging system that helps in estimating the prognosis and the survival rate. It also helps the doctors ascertain the appropriate treatment options.

T refers to the size of tumor and extent to which it has spread. While TX implies that the primary tumor cannot be assessed, T1, T2, T3, and T4 indicate the increase in the size of the tumor.

M refers to the spread of cancer (metastasis) to distant sites. M0 implies the absence of metastasis to distant organs, while M1 indicates the presence of distant metastasis.

Stage I
T1 means that the tumor is 2 cm or less, while N0 and M0 rule out the regional lymph node involvement and distant metastases.

Stage II
T2 means that the size of the tumor lies between 2 to 4 cm. There is no evidence of lymph node involvement and spread of tumor to distant sites.

Stage IV
While the tumor could be of any size, it starts spreading to the nearby tissues. It may spread to one or more lymph nodes in one or both sides of the neck. In the later stages, it spreads to distant sites such as the lungs.

However, the survival rate could vary, depending on the patient’s response to the treatment, and the presence of other medical conditions. Survival rate may also vary, depending on the location and the type of cancer. The following data on relative survival rate is as per the statistics given in the seventh edition of the AJCC (American Joint Committee on Cancer) Cancer Staging Manual. The five year relative survival rate describes the percentage of people who are alive five years after being diagnosed with cancer, divided by the percentage of the general population of the same age and sex who are alive after five years.

Hypopharyngeal cancer is said to occur when a malignant growth develops in the tissues of the hypopharynx, which lies at the bottom of the throat. These tumors are difficult to diagnose, as the symptoms usually appear in the advanced stage.

Larynx is divided into supraglottis, glottis, or subglottis. While glottis contains the vocal cords, supraglottis and subglottis lie above and beneath the glottis respectively. Even a small tumor on or near the vocal cords can cause changes in the quality of voice. Thus, the cancer of the glottis can be diagnosed in the early stages. Here are the statistics on the relative survival rate of laryngeal cancer.

The development of cancerous growth in the supraglottis may not lead to a change in the voice until the tumor is more advanced, and may not therefore be detected in the early stages.

Cancer of the glottis is quite rare. The symptoms may not appear until the advanced stages. This often rules out the possibility of early detection of subglottic cancer.

Throat cancer can be diagnosed with the help of blood tests and diagnostic procedures such as laryngoscopy, imaging scans, biopsy, etc. The main treatment options for throat cancer include chemotherapy, radiation therapy, and surgery.

The aforementioned statistics on throat cancer survival rates alone cannot be used to predict the prognosis in individual cases. It is essential to understand that cancer survival statistics may be based on cancer-specific survival, relative survival, disease-free survival, or overall survival. These are just estimates and cannot predict the likely course of the disease, and the patient’s chances of recovery or even the recurrence of cancer. These estimates may not have taken into consideration the recent advances in treatment. These statistics must therefore be viewed as a tool to evaluate the treatment options. Prognosis of throat cancer can be favorable if throat cancer is detected in early stages. In fact, there have been instances where people have survived several years after their diagnosis, without the recurrence of cancer.