Insect bites may cause rashes, itching and swelling of the area. Although most of the time the effects are mild, in some cases one may develop severe problems. Identifying insect bites is important so that they can be treated properly.

Insect bites may cause rashes, itching and swelling of the area. Although most of the time the effects are mild, in some cases one may develop severe problems. Identifying insect bites is important so that they can be treated properly.

Every animal has its own weapon to defend itself. Small they might be, but insects are armed with fangs with which they can deliver a bite or sting that may leave their predators numb for sometime. Although some bites are harmless, there are other insects that have high levels of toxin in their sting.

The most common reaction to an insect bite is swelling, pain and itching. However, some insect bites and stings can lead to an allergic reaction that might be potentially life-threatening. Identifying them is important as it is the first step towards treating them, more so if the insect was a venomous one.

The first thing that an individual must do on feeling a stinging pain is to look into the area to see if the insect that bit him/her is still there. If it is a tick or a certain fly, chances are that you would find it still sticking onto the skin. In case the insect cannot be found on the skin, the clothing around the insect bite should be checked.

These are the most obvious ways for recognizing if an insect bit you. However, if the insect can’t be found at the place it bit, looking at the mark or pattern of the insect bites and stings can help in insect bite identification. Sometimes the area of the skin may change color, swell or show other symptoms. Looking for such signs or insect bite infections could also be of help.

Some common signs and symptoms of insect bites are as follows:

In case one is allergic to the poison injected by the insect bite or sting, then some severe reaction may be caused beyond the immediate area of the sting. This is referred to as anaphylaxis. Severe reactions may manifest as shortness of breath, suffocation, wheezing, palpitation, nausea accompanied with muscle cramps and unconsciousness.

Not all insect bites have a similar appearance. The key to identifying bite marks is to know how some of the common bites look like. Looking for the following signs will help you:

Spider Bites: If on observation of the bite you see two tiny marks right next to each other, there is a good possibility that a spider has sunk its fangs into you. However, you cannot take this as a sure sign of a spider bite as there are other insects too that may leave such marks when they bite. Although most likely it was a harmless spider, it is best to keep an eye on the bite for sometime because in case it was a poisonous spider, the skin would develop some telltale signs in sometime.

In case it is a Brown Recluse spider, the skin will first become red at the spot it was bitten and then it will turn white, finally taking up a bull’s-eye shape. The condition may get worse as blistering of the skin occurs. The most intriguing thing about a Brown Recluse spider bite is that you might not feel any sensation of pain at the time of being bitten by it. If it is a Black Widow spider, the bite will be sensitive and turn red. There may also be a hard lump under the skin’s surface or a nodule at the site of bite.

Flea Bite: In case you are wondering if that is a flea bite on your skin, look for the little red nodules that form at the places where you have the insect bite. Some people have strong allergic reactions to flea bites. Such individuals may suffer from severe itching. Maybe you have an insect bite and you are not sure which insect caused it. However, if you have persistent itching at the spot of the insect bite, you can suspect it to be a flea bite.

Gnat Bite: Gnat bites are characterized by extreme itching at the site of bite. Localized swelling, inflammation and swelling also takes place. Although gnat bites are similar to mosquito bites, the severity of itching and skin irritation is greater for gnat bites. Most of the time, gnat bites are misdiagnosed as skin rashes or infections.

Ant Bites: Unlike spiders, ants are an offensive lot. A spider will use its fangs as a last resort to defend itself. However, ants are always ready to bite you at the slightest provocation. Bite of a regular ant will cause a slight bump on the skin and will cause itching and a slight burning sensation. These symptoms will subside in a few hours or within a day or two.

However, if it is a fire ant that has bitten you, you might have a different story to tell. A fire ant sting or bite may start as any other ant bite I.e with a small bump on the skin with a mild burning sensation. However, it may develop into a pus-filled lesion that may be accompanied by pain. One will feel burning and itching typical of ant bites in the beginning. However, later the bite will become painful.

Tick Bite: Tick bites look bright red and are generally painless. The bite may become deeper and darker towards the center. Many times, one may find the insect sticking to the bite with its head buried into the skin. If this is the case, do not try to pull the insect out as the head may still be left under the skin.

These are just a few general tips and signs that might help you in identifying insect bites. As soon as you feel that you have been bitten, clean the area and apply some antiseptic ointment or cream. Go with your intuition. Even if the signs do not seem severe but you feel unwell after the insect bite, pay a visit to your physician immediately. 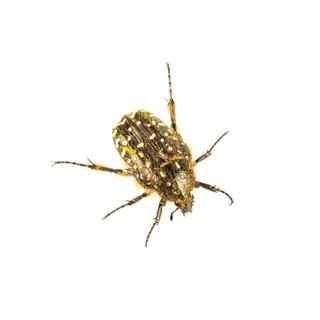 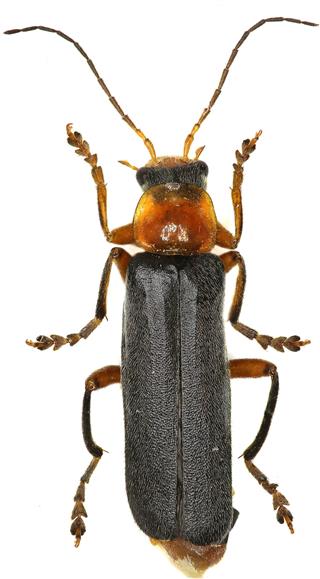