When people with eye problems have to undergo laser treatment for correcting it, they are either recommended LASIK or PRK. This article tells you how the two treatments are different from each other.

You are here: Home / General Health / LASIK Vs. PRK 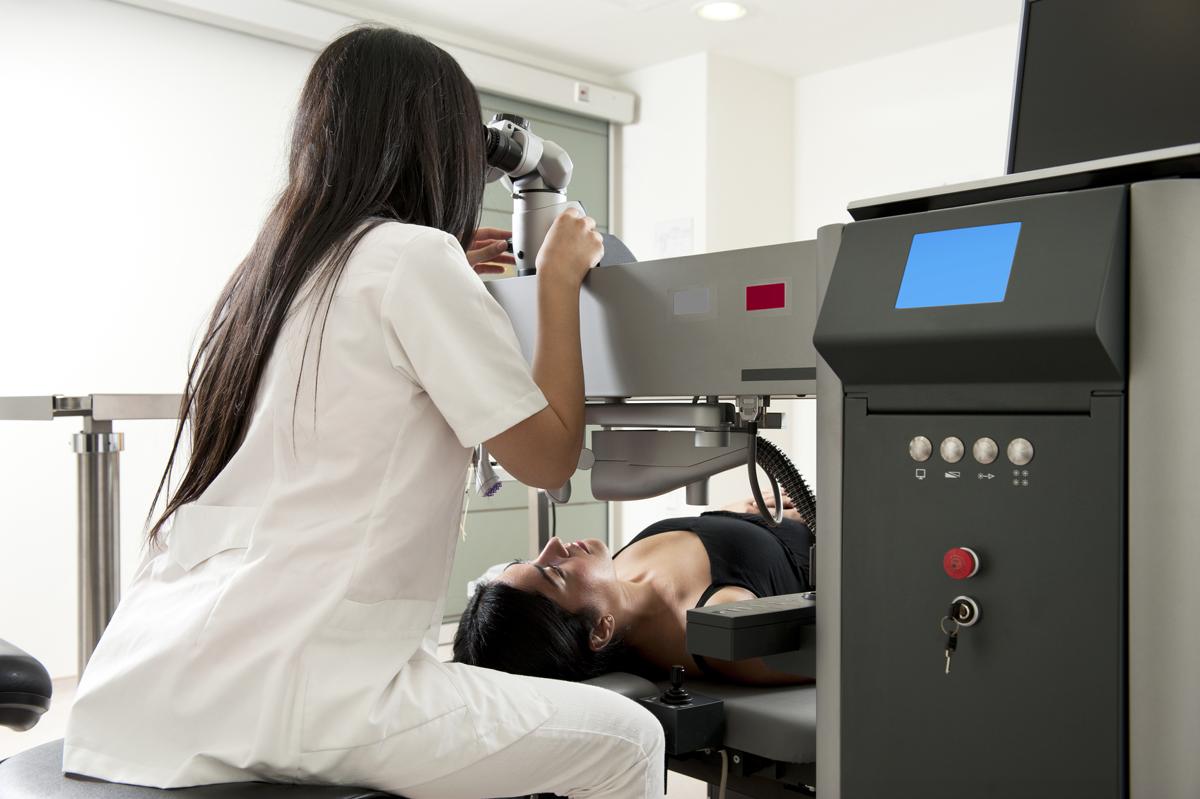 When people with eye problems have to undergo laser treatment for correcting it, they are either recommended LASIK or PRK. This article tells you how the two treatments are different from each other.

With each passing day, more number of people are getting laser eye surgery done, but a lot of them are confused about which treatment to opt for. For the uninformed, there are two major types of laser eye treatments, namely LASIK, which stands for laser-assisted in situ keratomileusis and PRK, which stands for photo refractive keratectomy. Both these procedures intend to correct a person’s vision, reducing dependency on glasses or contact lenses. We will now compare the two, to see what makes these procedures different from one another.

Laser eye correction is a surgical procedure, which uses a cool (non-thermal) beam of light to gently reshape the surface of the eye for vision improvement. This surgery uses microscopic bits of tissue to flatten the cornea, corrects nearsightedness and steepens the cornea, corrects farsightedness and/or smoothens out the corneal irregularities for correcting astigmatism. In short, the main goal is to change the shape of the cornea so that it is able to focus on images onto the retina for sharper vision. Although the goal of both these surgeries is the same, there are certain differences between the two.

This surgery uses an excimer laser beam to reshape the cornea. However, the procedure is done under a thin corneal flap, which helps in preserving the surface epithelial cells, rather than scraping away the cells to expose the corneal stroma. A specialized surgical instrument is used to create a flap of corneal tissue that is attached by a hinge. The flap is gently pulled back to expose the corneal stroma. The laser beam is passed onto the exposed corneal bed, and the laser procedure does not take more than 30 to 90 seconds.

A similarity between the two is that in both forms of surgery, no pain is involved. However, both doctors and patients prefer LASIK over PRK, because of rapid vision recovery and minimal postoperative care. This is due to the fact that in the former, the epithelial cells at the surface are preserved, which do not need to regrow. PRK surgery is recommended for people who have a thinner cornea, while a LASIK surgery is suggested if a patient suffers from corneal irregularities or scars. As far as the costs go, they do not vary much and lie in the same bracket.

When you want to undergo laser eye treatment, it is recommended that you ask all the questions pertaining to both the treatments, as there can be minor differences in the treatment procedure with different surgeons. You may also want to ask about what all is included in the surgery cost, in case an enhancement surgery is required; for example, will you have to pay extra, what would happen in case there is a complication, cost of medicines, or any other question you may have.