You are here: Home / General Health / Prognosis for Liver Metastases 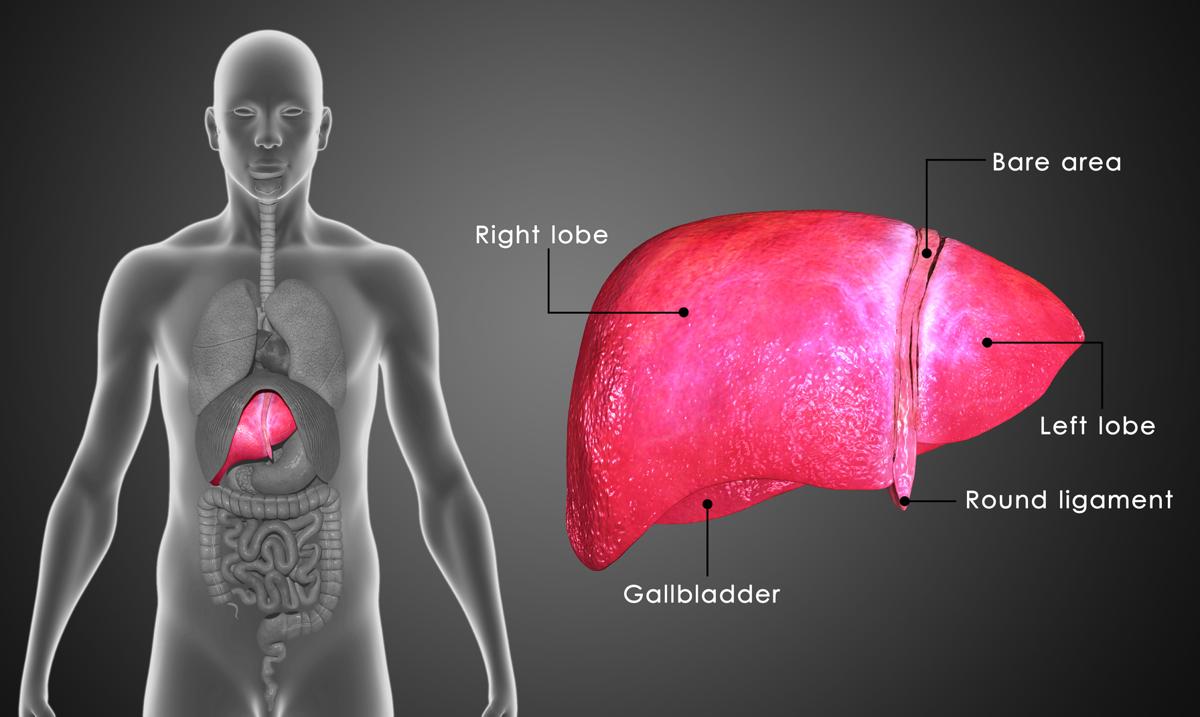 Cancer that starts in the liver is referred to as primary liver cancer or hepatocellular carcinoma. On the other hand, cancer that spreads to the liver from another part of the body is referred to as secondary liver cancer or liver metastasis. At times, some cells break away from the primary cancer (site at which the cancer originates), and move through the bloodstream or lymph system to other parts of the body. They form cancerous growths or tumors in other parts of the body. So, liver metastases are cancerous tumors that have spread to the liver from other parts of the body such as the large intestine and rectum (colorectal), pancreas, stomach, esophagus, breast, lung, and melanoma. More often than not, these spread from organs such as the pancreas, colon, breast, lung, and GI tract. The risk of cancer spreading to the liver depends on the location (site) of the original cancer. There are times when the liver metastasis could be present at the time when the primary cancer is diagnosed. Follow-up visits are essential, as secondary liver cancer could occur months or years after the removal of the primary tumor. Since metastasis occurs in the advanced stages of cancer, the prognosis may not be good. However, the survival rate could vary, depending on the individual health of the cancer patient.

Liver metastases may or may not be symptomatic. In some cases, the affected individual might experience symptoms such as:

Certain tests and imaging studies need to performed for diagnosing this condition. These include
Tests that may be done to diagnose liver metastases include CT scan, MRI, or ultrasound of the abdomen. PET scan, liver function tests, liver biopsy, etc. Liver biopsy can help detect the presence of cancerous cells or tumors in the liver. Magnetic Resonance Imaging (MRI) scan also helps the doctors view detailed images of the internal organs and structures. Also, Positron Emission Tomography (PET) scans also help in determining the spread of cancer from the primary site to other parts of the body. It involves the administration of a radionuclide into a vein through an intravenous (IV) line. As the PET scanner moves over the part of the body that is being examined, positrons are emitted by the breakdown of the radionuclide. The gamma rays that are created during the emission of positrons are detected by the scanner. These rays are analyzed by the computer to create images of the tissue or organ that is being examined. Drugs used in chemotherapy prevent tumor cells from dividing, thereby destroying them. Also, drug resistance tests might also be performed to find out if the patient has developed a resistance to chemotherapy drugs.

The treatment options that are recommended would be ascertained by identifying the primary cancer site, the number of tumors that are present, the organs or the parts of the body to which cancer has spread, and the overall health of the patient. The treatment approach is individualized, and includes surgery, chemotherapy, targeted therapies, biological therapy, hormone therapy, radiation therapy, or image-guided interventional therapies, or a combination of different types of therapies.

➻ In cases where the malignant growth is restricted to one or a few areas of the liver, doctors might recommend the removal of these tumors through surgery.

➻ In some cases, chemoembolization might be recommended. This is a type of chemotherapy which is restricted to one area. It involves the insertion of a thin tube called a catheter into an artery in the groin. The catheter is then threaded into the artery in the liver. Through the catheter, drugs are sent to the liver for destroying cancerous cells. Also, catheter is used for administering another drug for blocking the blood flow to region where tumors are present. Due to the lack of blood, the cancerous cells starve to death.

➻ Another method involves the insertion of a needle into the liver tumor to inject alcohol (ethanol) in it. Cancer cells die due to alcohol.

➻ Radiofrequency ablation and microwave ablation are methods wherein electric current produced by radiofrequency waves or microwaves are used to heat and destroy the cancerous tissue, respectively. During this procedure, a large needle (probe) is placed into the center of the tumor in the liver. Energy passes through electrodes that are attached to the probe. Thereafter, cancerous cells get destroyed due to the heat.

➻ Cryotherapy is another method wherein a probe is placed in the tumor. Thereafter, a chemical is passed through the probe to stimulate the formation of ice crystals around the probe. The objective is to freeze and destroy the cancerous cells.

➻ Radioembolization is a method wherein radiation is delivered to the cancerous cells through radioactive beads. These beads block the artery that goes to the tumor.

The outlook of liver metastases depends on the location of the primary cancer and the extent of metastasis. If detected early, the prognosis is likely to be better. As liver metastases represent cancer that has spread from another part of the body, the cancer cannot be cured. However, it can be managed by alleviating the symptoms. The life expectancy can be prolonged by prompt and suitable treatment.

The treatment options depend on the location of the primary cancer, the size and number of tumors, and the overall health of the affected individual. In rare cases, surgical removal of the tumors in the liver proves extremely beneficial. However, this might work in cases where there are just a few tumors in the liver. Unfortunately, liver metastases is indicative of an advanced cancer, where the doctors stress on alleviating the symptoms, and make efforts to improve the quality of life of the patient. The prognosis might be adversely affected when tumors spread to a large section of the liver, thereby resulting in pain, fever, decreased appetite, weight loss, and complications such as the blockage of the flow of bile, and liver failure. It must be noted that liver failure usually in the late stages of disease. Early detection of some types of cancer may prevent the spread of these cancers to the liver.

As far as the survival rates are concerned, the statistics would vary, depending on the primary cancer. According to the American Cancer Society, liver metastases has to be treated based on their primary site. Even the survival rates would depend on how early the primary cancer is detected and treated. Also, the extent of spread, overall health of the patient, and the patient’s response to the treatment plays a vital role in the prognosis.

There have been cases where people have successfully fought this disease. Therefore, instead of worrying about the life expectancy, it’s advisable to think positive, follow the guidelines given by your healthcare provider, and make efforts to improve your quality of life.