Mucus in lungs is normal, but when the amount of mucus produced increases abnormally, it can block the airways, leading to breathing problems...

You are here: Home / General Health / Mucus in Lungs 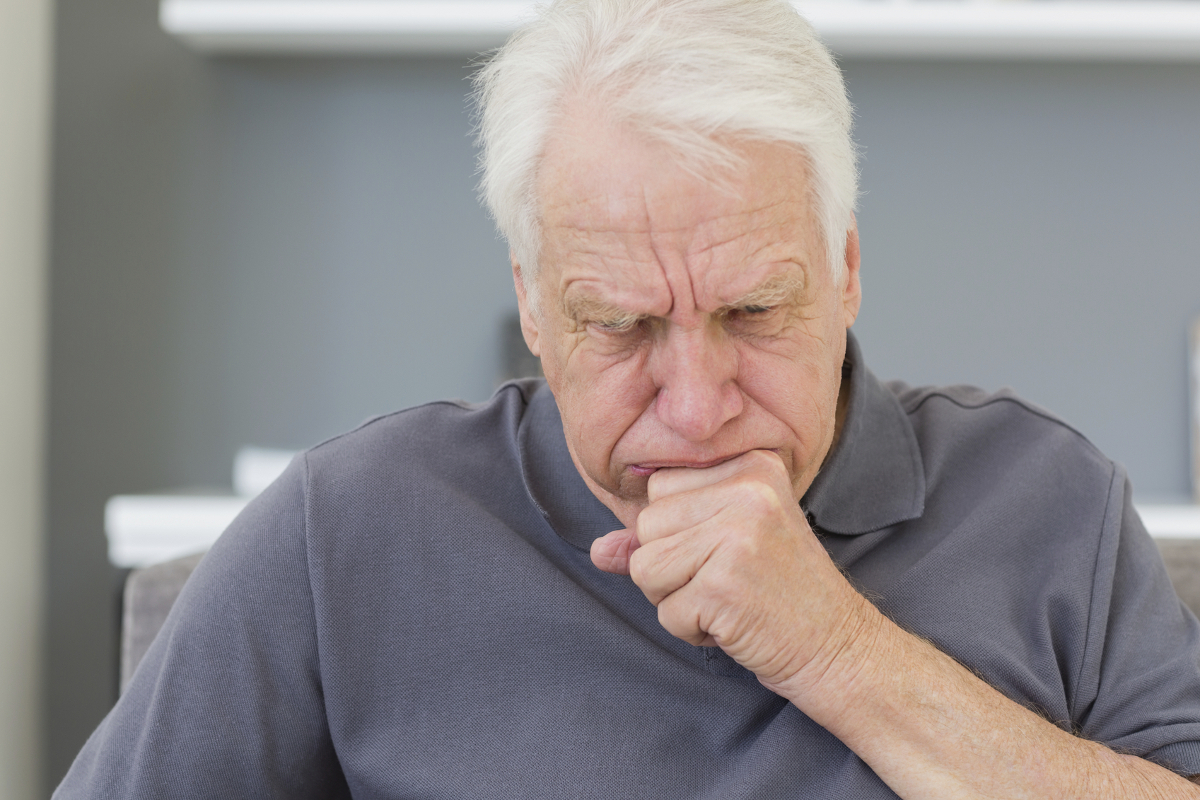 Mucus in lungs is normal, but when the amount of mucus produced increases abnormally, it can block the airways, leading to breathing problems…

Did You Know?
Approximately 1.5 liters of mucus is produced daily in healthy individuals.

Common cold, a viral infection often leads to accumulation of excessive mucus in the lungs. Other known causes are listed below:

Bronchitis
This is a respiratory disorder in which the air passages (bronchi) that allow inhaled air to travel in the lungs as well as provide a way for carbon dioxide to move out of the body, are swollen. Bronchitis has often been attributed to a viral infection but can also occur due to bacterial invasion. The inflammation prompts the mucous membrane to release more mucus in an attempt to control the infection. The excess mucus may well percolate down to the lungs and trigger frequent bouts of cough. Too much mucus in the bronchi may also obstruct air flow, causing breathing problems.

Asthma
This is a lung disease that causes inflammation of airways and is accompanied by increased amount of mucus production. An asthma attack can cause acute breathing problems and airway obstruction due to accumulation of mucus, if severe.

Sinusitis
Sinus infections are also one of the causes of lung mucus production. Sinuses are hollow cavities that allow air to flow from the nose to the windpipe. There are 4 pairs of sinus openings that connect to the nose. The mucous membrane located in the sinuses produce mucus which acts as a filtering system for dirt and dust. The mucus does not allow the unwanted particles to reach the lungs. However, a bacterial infection may cause inflammation of the sinus activities. This eventually leads to mucus clogged sinuses. The excess mucus that is being produced in the sinuses, may travel down to the lungs and disrupt their function.

Pneumonia
Too much mucus in lungs could also suggest that the patient is suffering from pneumonia. This is an infection of harmful pathogens that include virus, bacteria or fungus that affect the lungs. In this condition, the lungs typically appear inflamed and those affected with pneumonia have fever and experience moderate to severe cough and breathing problems. As the pneumonia progresses, the respiratory system respond by releasing more than normal amounts of mucus in the lungs. To get rid of this excess mucus, the patients are often seen coughing frequently which helps to expel the mucus.

Emphysema
Emphysema is a condition that is typically marked by gradual destruction of alveoli, small air sacs in the lungs that ensure inhaled oxygen is transferred to the bloodstream and carbon dioxide is exhaled out of the body. These air sacs that look like a cluster of grapes are found at the end of the bronchioles (airways). In the initial stages of emphysema, the alveoli appear inflamed, which interferes with the proper exchange of oxygen and carbon dioxide. Chronic smoking and air pollution are said to cause emphysema. Usually, the alveoli are elastic but with emphysema their elasticity is impaired. As a result, the alveoli are unable dispose off carbon dioxide and other impurities properly from the lungs. This build up of impurities leads to excess mucus production in the lungs and is then followed by shortness of breath and persistent coughing.

Allergy
Exposure to air-borne allergens such as pollen and dust can also irritate the lungs, which may lead to excess production of mucus. The chemicals that are inhaled while smoking can also lead to build up of mucus in the lungs.

Tuberculosis (TB)
Frequent bouts of cough that expel both mucus and blood is pointing towards tuberculosis (TB). This is a serious bacterial infection of the lungs in which the patient continues to cough for about a month. Chest discomfort during inhalation, apart from coughing up blood and thick mucus is often observed in TB patients.

Medicines
Medications that can be used to treat this lung problem are given below:

Bronchodilator
As the name suggests, these are medicines that promote dilation of bronchi and bronchioles. The dilation reduce the inflammation of the bronchi, thereby allowing to breathe easier. With bronchodilators, the constricted muscles of the bronchi relax. The narrow passages of the bronchi now become wider, which enables the trapped mucus to move freely, resulting in better elimination of mucus through coughing.

Expectorants
Use of expectorants is also beneficial in reducing mucus build up from lungs. These medicines are formulated to loosen out the mucus. Thinning of mucus induced by these expectorants makes it simpler to expel. Thus, taking expectorants promote productive coughing, in turn speeding up elimination of mucus from the body.

Decongestants
Decongestants like phenylephrine and oxymetazoline that are sold as nose drops, nasal sprays and in oral form are often recommended for sinusitis patients. With these medications, the inflammation of the mucous membrane lining the nose and sinuses subside. This is achieved by compressing the blood vessels that provide blood circulation to the mucous membrane. The reduced swelling not only helps to keep mucus production in check but also eases breathing trouble.

Inhale Steam
Inhaling steam is one of the home remedies to get relief from congestion. This practice of steam inhalation liquefies the mucus, that helps to ease the discomfort. However, people suffering from asthma, need to stay away from inhaling steam, as it can worsen the problem.

Use Eucalyptus Oil
Putting few drops of eucalyptus oil in the hot water, during steam inhalation can also be quite effective to decrease nasal congestion and reduce mucus build up.

Gargle with Salt Water
Mucus in lungs, can move up the throat eventually. This may make the throat itchy and result into loud coughing. In order to ease the throat, gargle with salt water. Gargling actually assists in mucus elimination from the throat.

Have Spicy Foods
Eating spicy foods frequently can make a person bit uncomfortable but it helps to eliminate mucus from the throat and lungs. Chili powder, horseradish and ginger help in thinning out the phlegm. This in turn, encourages mucus expulsion through coughing. However, in case the symptoms are aggravating because of eating spicy foods, discarding them from the diet is advised.

Stay Away From Dairy Products
Another natural way to decrease symptoms associated with mucus in lungs is to keep dairy products at arm’s length. This is because, the mucus tends to become thicker with intake of dairy products. No wonder, symptoms tend to worsen due to consumption of milk, cheese and yogurt.

Consume Water Adequately
Sufficient water intake can also play a crucial role to get rid of mucus from the body. Taking plenty of water assists to liquefy the thick mucus, making it easier to drain. Thus, to loosen accumulated mucus, one must consume water in adequate amounts. Simply by increasing water consumption, one does feel that the symptoms have begun to subside.

Drink Onion Juice Containing Honey
A combination of onion juice and honey is also helpful to get relief from cough. This acts as a natural cough syrup and is found to be extremely effective to alleviate cough symptoms. Make 1 teaspoon of onion juice and introduce exactly 1 teaspoon of honey into it. Take this mixture two times in a day and you are sure to get relief from cough.

Chronic smoking being the primary contributory factor, staying away from this unhygienic habit can go a long way in keeping lungs healthy and free from excess secretion of mucus. So, first and foremost quit smoking if you are serious about maintaining normal functioning of the lungs. In order to tackle the issue of air pollution, especially those residing near industrial areas need to wear special facial masks to minimize exposure to air pollutants. Installation of HEPA air purifiers at home is also helpful in this regard as it ensures that the indoor environment remains clean.

On the whole, when production of mucus in lungs exceeds its normal level, it is sign of a viral infection or even a respiratory disease. The cause of mucus buildup, that causes nasal and chest congestion, need to be ascertained, to diagnose the condition. 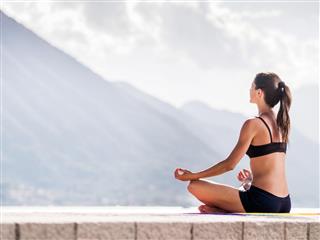 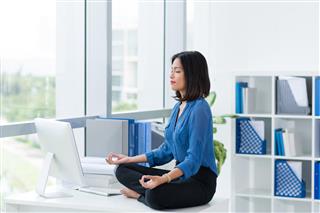