There are several reasons for why there might be an emergence of mucus in a toddler's stools. In the following HealthHearty piece, we will focus on what these causes are and how they can be treated.

You are here: Home / General Health / Mucus in Toddler’s Stool

There are several reasons for why there might be an emergence of mucus in a toddler’s stools. In the following HealthHearty piece, we will focus on what these causes are and how they can be treated. 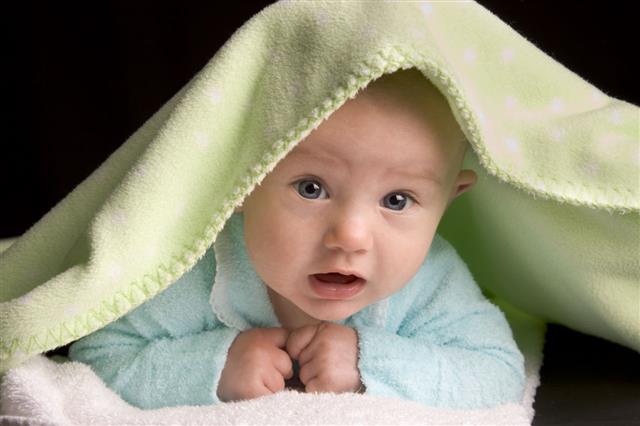 Of all the things that parents encounter while caring for their babies, mucus in their toddler’s stool―especially the first time around―must be a real shocker. The fright that it must cause in parents is not without reason, and definitely not uncalled-for.

What are the factors that lead to mucus in toddler’s stool? Is it a common occurrence? How is one to treat the same? There are bound to be several questions that may arise in this situation, questions that demand answers. Those will be given in the following sections, where we will get into the depths of why this happens and what one is to do about the same.

As a parent who is going through new experiences everyday in bringing up a child, there are bound to be many situations that lead to panic. This is why it is always a good idea to know what the causes that lead to this situation are.

Mucus in the stool of toddlers could be caused by several underlying factors―some could either be due to certain underlying health conditions, or due to other external factors that lead to the same.

Mucus usually lines the intestines and the colon so that there is proper lubrication of the organs. This is required for the smooth functioning of the digestive system. At the toddler stage, the baby is going through a change in his/her diet. The inclusion of solid food in the diet for the first time can put some pressure on the digestive system and it can take time to acclimatize to its new role. In such a case, mild diarrhea along with small quantities of mucus in the stool can be seen. This is a normal occurrence when it is irregular. However, when there is mucus in stool every time the toddler does his business, there is a need to consult a doctor.

When there is frequent mucus in the stools accompanied by diarrhea or constipation, it could mean that there is a problem with the digestive lining and the digestive system on the whole. This could happen due to a number of reasons like an allergy to the kind of food that is being consumed by the toddler (even breastfed toddlers) or the inability to process the food. This causes an inflammation of the organs which can lead to discomfort. In order to deal with this, the body will produce excess mucus so that the lining can be greased. Thus, there is excess mucus in the toddler’s stool.

Even though there is some amount of bacterial presence in the intestines and the digestive system, at times, the production of these can shoot up and cause an imbalance. The body reacts by producing more mucus to help deal with the harmful effects of the bacterial overgrowth.

Teething is one of the main reasons that can lead to an infection in the baby’s digestive tract and cause for mucus to appear in the toddler’s stool. If the teething toys―or any other surfaces that the baby comes in contact with are not sanitized―then there could be a possibility of the infection spreading. This is one of the main reasons that leads to blood and mucus in stool. When there is bloody mucus in stool in children―and it occurs frequently―it could be an indication of mild disorders like constipation, allergies, infections, or certain serious conditions like abrasion of the rectum. If there has been blood and mucus accompanying the toddler’s stools and this has happened more than once, or every time the toddler passes stools, it is imperative that you get it checked by a doctor.

There are several other diseases that could lead to mucus in the feces of toddlers―especially―changes in color, texture, and consistency. Here are some of the diseases and conditions that can cause this to happen.

Observe the child and determine whether the occurrence of mucus in the stool is frequent or whether it was a stray incident. Also observe if the child is/was in pain and discomfort while passing the stool and after it has been passed. These are the observations that you will have to keep in mind and relate to a pediatrician either in person or over the phone. Most likely, the doctor will ask you to visit him/her to be able to check the toddler personally.

Once the doctor will have diagnosed the cause of the mucus, he/she will determine the method of treatment to be followed. Sometimes, it’s as simple as making a change in the toddler’s diet. For cases wherein there is an underlying health condition like digestion problems or IBS that is causing the mucus, the doctor will administer medication and treat the condition which will, as a result, lead to the treatment of the mucus in stool.

P.S. – Do not try to administer medication and fixes of your own. Always consult a doctor for the right course of action.

The varied causes of mucus in stool will have helped you understand that the reasons for why this happens could range over several factors, therefore, consulting a pediatrician becomes imperative. Your doctor will determine the cause and decide the treatment that is to be administered.

Disclaimer – This HealthHearty article is for informative purposes only, and should not be used as a replacement for expert medical advice.