Nasal polyps are fleshy outgrowths that arise from the mucous membranes of the nose or paranasal sinuses. The following article provides information about the various types, causes, and treatment options available for this condition. 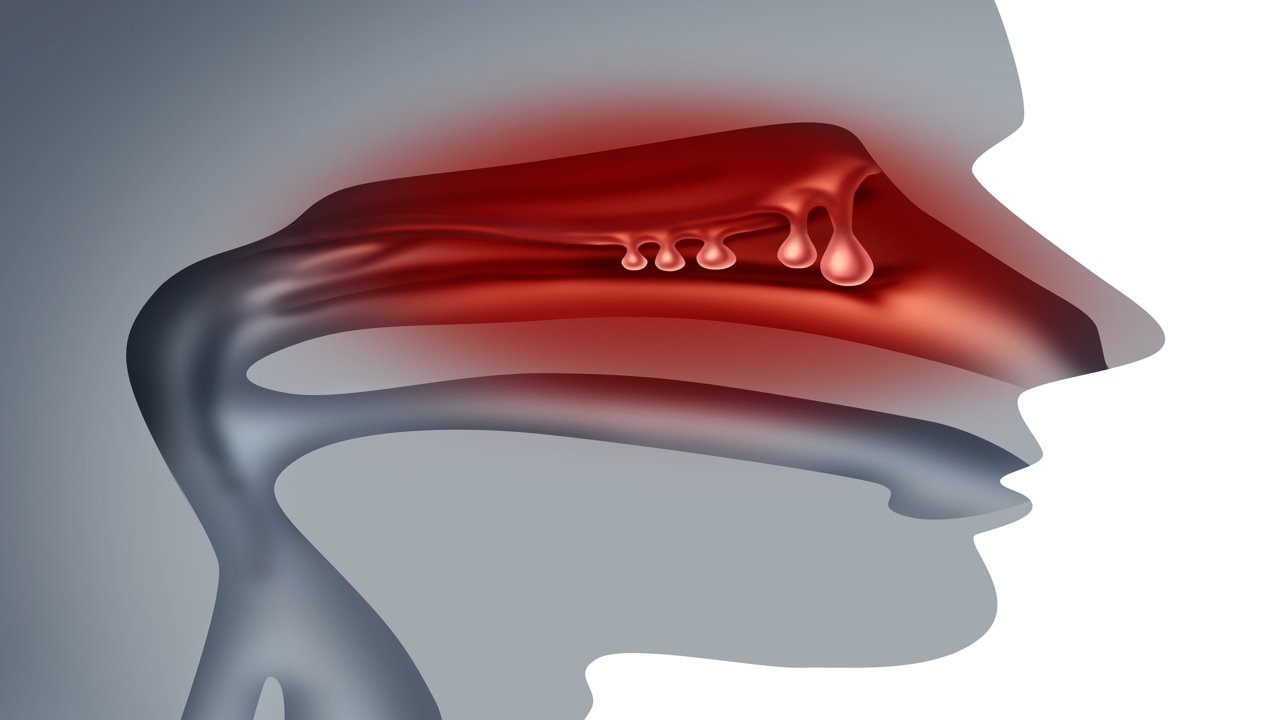 Nasal polyps are fleshy outgrowths that arise from the mucous membranes of the nose or paranasal sinuses. The following article provides information about the various types, causes, and treatment options available for this condition.

If your nose is dripping constantly or you are not able to smell or breathe properly, then you might be affected by nasal polyps. They are sac-like, small, and fleshy growths that develop from the mucous membranes of the nose or sinuses. These growths are usually noncancerous/benign. They may vary in sizes and colors such as pink, yellow, or gray. There may be a single polyp or several polyps like a small bunch of grapes.

Nasal polyps are caused by chronic inflammation of the mucous membrane of the nose. They may extend up to the openings of nostrils or down to the throat area and may block nasal passages. Smaller polyps are not very harmful; but larger polyps can affect the sense of smell and hamper your breathing. In some rare cases, huge nasal polyps can change the shape of your nose and face.

Nasal polyps mainly result from chronic inflammation of the mucous membrane, which is caused by bacterial or viral infections, or allergies. In most cases, nasal polyps are caused by sinus infections. Chronic inflammation makes the blood vessels in the lining of nose and sinuses more permeable, allowing accumulation of water in the cells. These waterlogged tissues may develop to form polyps. People with asthma, cystic fibrosis, hay fever (allergic rhinitis), chronic sinus infections, primary ciliary dyskinesia, and common variable immunodeficiency diseases (CVID) are more susceptible to polyps. Approximately one in four people with cystic fibrosis is affected by this condition.

Although nasal polyps can occur in anyone, people older than 40 years are more likely to develop them. Multiple polyps can be found in children with allergic rhinitis, allergic fungal sinusitis, or cystic fibrosis. About 30% of cases result from certain environmental allergies. People affected by this condition should avoid aspirin, as it can cause severe shortness of breath. People with Churg-Strauss syndrome are also at a higher risk of developing them. In this condition, there is an inflammation of blood vessels (vasculitis), leading to formation of polyps.

If nasal polyps grow bigger or grow in clusters, they can interfere with breathing. They can also block airflow to the sensitive areas in the nose and decrease the sense of smell. Nasal obstruction can cause hyposmia or anosmia. Obstruction of the sinus ostia can lead to acute or chronic sinus infections. They can exert pressure on the nasal or facial bones, leading to destruction of bones. A feeling of blockage in the nose is one of the main symptoms of this condition. Due to this, the person may start breathing through mouth. This is quite troublesome at night and may affect sleep, thereby causing sleep apnea. Some other symptoms are runny nose, persistent stuffiness, diminished sense of smell, snoring, headaches, and congested sound.

This condition is diagnosed with the help of medical history of the patient and physical examination. Imaging tests such as CT scan can help to determine the location and size of the polyps. In case of multiple polyps, diagnostic tests for cystic fibrosis such as non-invasive sweat test are recommended by the doctor. An allergy skin test is also recommended in case of nasal polyps with hay fever.

They can be treated by using different medications including antibiotics or steroids, such as triamcinolone, mometasone, fluticasone, and budesonide. These medications can help reduce inflammation, improve nasal airflow, and shrink polyps. Some other medications such as oral corticosteroids, medications to control allergies (antihistamine), and antifungal medications are also prescribed in order to control allergies and infections. When none of the aforementioned methods are helpful, a surgery is recommended by the doctor. There are various surgical options available for this condition, such as, polypectomy and endoscopic sinus surgery. The type of surgery is decided depending upon the number, size, and location of the polyps.

In order to avoid the development of these polyps, one needs to prevent allergies and infections, by taking adequate precautions. Also, one should take an appropriate treatment, in case of hay fever, asthma, or chronic sinus infections.