The movement of the muscles and the working of the organs of the body is dependent on the communication between the brain and the rest of the body. If this communication link is adversely affected, or any structure of the nervous system gets damaged due to an injury or disease, it could give rise to a host of problems.

Neurological disorders could affect people of all age groups. These could be congenital or acquired in nature. The following sections list out the neurological conditions that affect children.

Neurological conditions could affect the central nervous system or the peripheral nervous system. Some of these disorders might even be present at birth. Genetic factors, trauma, exposure to toxins, tumors, infections, etc., could play a role.

Some of these neurological disorders could cause development delays, or symptoms such as seizures, an abnormal increase in head size, muscle rigidity, lack of coordination, etc. Traumatic brain injuries that occur due to a motor accident, near drowning accident, fall from a height, etc., could be the contributing factors.

At times, neurological complications could occur due to infections such as malaria, encephalitis, or meningitis. Genetics could play an important role in the development of neurological disorders in children. If the mother was an alcoholic or drug addict, it may cause a congenital defect or neurological disease in the offspring.

Some of the following symptoms might be observed in children affected by neurological disorders:

Common, rare, congenital, and hereditary neurological disorders are listed below:

Adrenoleukodystrophy (ALD) or Schilder’s disease belongs to the group of genetic disorders called leukodystrophies. It is a rare disorder wherein damage to the myelin sheath (a protective membrane that coats the nerve cell) causes progressive brain damage. It also damages the adrenal gland.

Alexander disease is a slowly progressing neurodegenerative disease that occurs due to a genetic mutation. This neurological disorder causes developmental delay and changes in the physical characteristics of the child.

Childhood disintegrative disorder is also known as disintegrative psychosis and Heller’s syndrome. This is one of the rare neurological ailments in children that occurs before the age of three years. It causes developmental delay related to language, motor skills, and social functioning of the child.

Krabbe disease is also called galactosylceramide lipidosis or globoid cell leukodystrophy. This is a very rare degenerative disorder that occurs due to damage to the myelin sheath of the nervous system. It causes fever, stiffness, irritability, feeding difficulty, vomiting, and slow mental and motor development in child.

Also known as Leigh’s disease, SNEM is a rare neurometabolic disorder. This disease affects the central nervous system of children between the age of three months to two years. The affected children lose control over their movements. They are unable to suck properly and lose head control. They experience symptoms such as vomiting, irritability, continuous bouts of crying (in infants), seizures, and loss of appetite.

On a concluding note, parents must consult a pediatrician, if their child is not developing as per the development milestones. Watch out for any abnormal changes in the child’s appearance or behavior. Early medical intervention can certainly help improve the quality of life of a child affected by a neurological disorder.

This article is for informative purposes only, and should not be used as a replacement for expert medical advice. 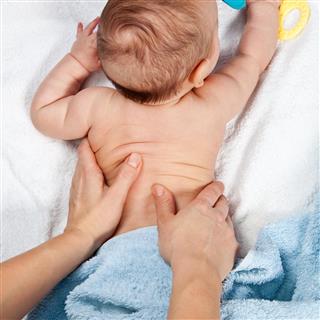 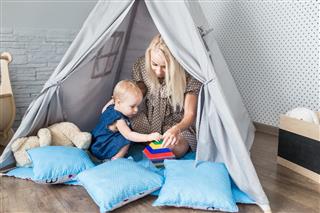 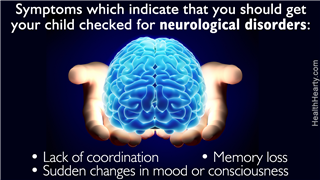