Causes of Phlegm in Throat

Phlegm in the throat can be a symptom of various medical conditions, like allergies, common cold, bronchitis, pneumonia, etc. Find out more about its causes and a few remedies in this HealthHearty article.

You are here: Home / General Health / Causes of Phlegm in Throat 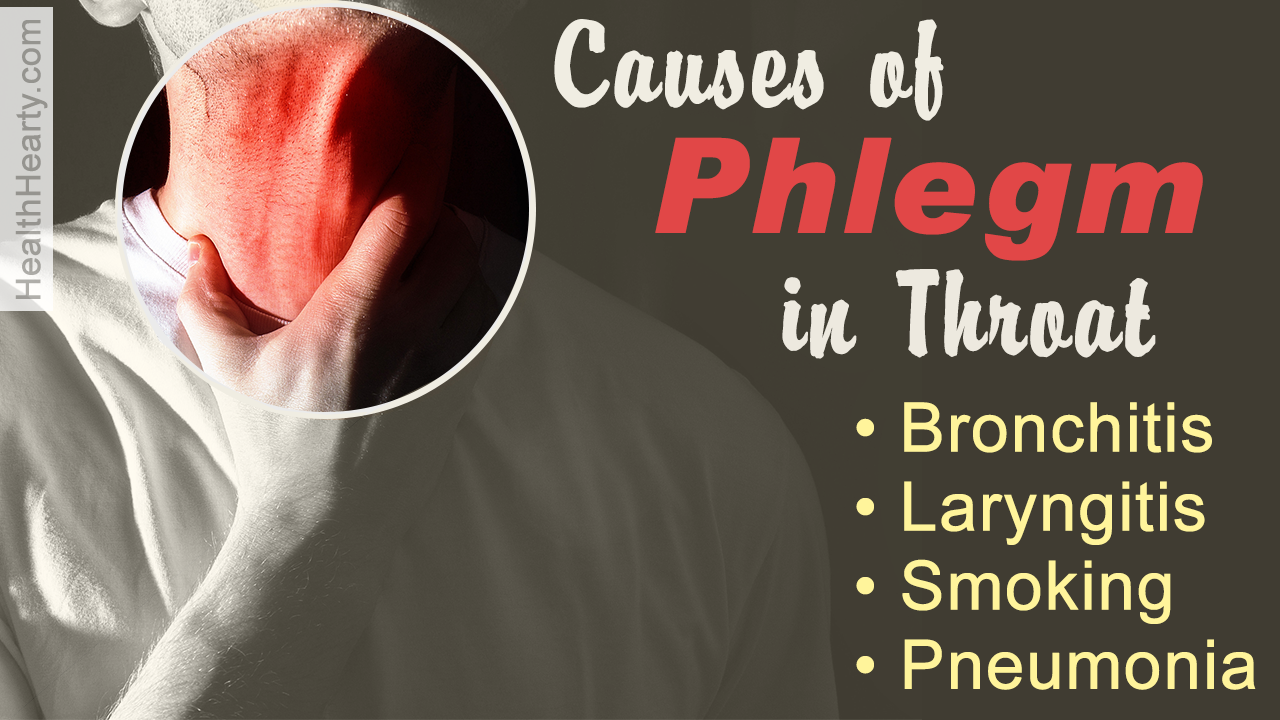 Phlegm in the throat can be a symptom of various medical conditions, like allergies, common cold, bronchitis, pneumonia, etc. Find out more about its causes and a few remedies in this HealthHearty article. 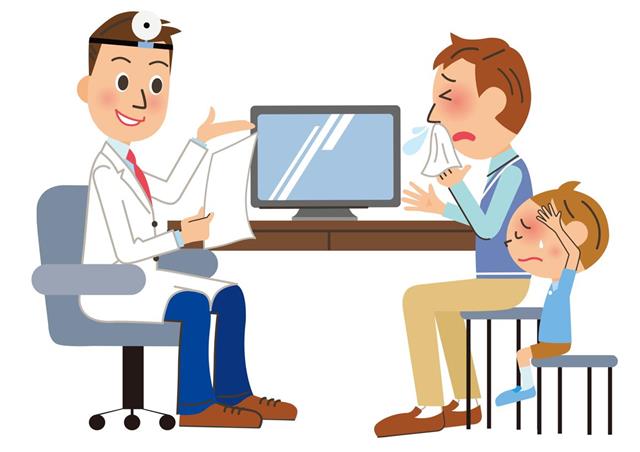 Phlegm is the thick fluid secreted by the mucous membrane of the respiratory system. It usually contains mucus, along with debris, bacteria or virus, and inflammatory cells that are produced by the body in response to an infection. The mucous membrane produces mucus to keep the nasal passages moist and humidify the air we breathe in.

Mucus helps trap foreign particles and thereby prevents their entry into the respiratory system. When the mucous membrane gets irritated, it produces more mucus than usual, in order to flush out the substances responsible for causing irritation. As a result, the mucus becomes thicker. The color of phlegm can be transparent, pale or dark yellow, green, or brown in color. Excessive phlegm of yellow or green color can be an indicator of certain health conditions.

Causes of Phlegm in Throat
Phlegm in throat can be a symptom of several conditions, including some acute and chronic diseases of the respiratory tract.

Both environmental and food allergies, as well as food sensitivities, can cause phlegm or mucus in the throat. Allergic reactions are caused by foreign particles or irritants like dust, fumes, or pollen. Whenever the tissues of the throat come in contact with such allergens, they accelerate the production of mucus in an attempt to get rid of these substances.

Like environmental allergies, food allergies can also trigger the production of excess mucus or phlegm in the throat. Milk and dairy products are known to accelerate the production of mucus, and hence, these foods should be avoided during an episode of cold or flu.

Viral infections, such as common cold, flu, or sinusitis, can cause the production of excessive mucus or phlegm that sometimes accumulates in the throat. Along with viral infections, bacterial infections of the throat and the sinuses can also produce excess phlegm.

Bronchitis is mainly classified into two types – acute and chronic bronchitis. People usually develop acute bronchitis after an episode of cold or respiratory infection. Chronic bronchitis, on the other hand, refers to a constant irritation or inflammation of the bronchial tubes. It is often caused by cigarette smoking.

The symptoms of acute bronchitis include fever, chest pain or discomfort, and a dry cough that eventually becomes productive with clear, yellow, or green phlegm. A chronic cough, shortness of breath, and wheezing are the most common symptoms of chronic bronchitis.

If you have phlegm in your throat especially in the morning, then it could be a symptom of postnasal drip. Postnasal drip is caused due to excessive production of mucus by the mucous membrane of the nasal cavity. This excess mucus then collects in the throat or back of the nose during the night. Postnasal drip can be associated with sinusitis, a swallowing disorder, allergy, or rhinitis.

Laryngitis refers to the inflammation of the larynx or voice box. It can be caused by an infection and irritation of the voice box, as well as vocal abuse. Vocal abuse refers to the overuse or misuse of the voice. Activities like yelling, screaming, or singing incorrectly can strain the vocal cords, and cause inflammation, along with increasing the production of phlegm.

Smoking has innumerable health hazards. Cigarette smoke can irritate the mucous lining of the respiratory tract and trigger the production of excess mucus and phlegm in the nose and throat. Moreover, smoking is the most common cause of chronic obstructive pulmonary disease (COPD) that includes chronic bronchitis and emphysema.

Pneumonia is an infection of the tiny air sacs of the lungs, which are known as alveoli. Pneumonia can be caused by various pathogens including bacteria, virus, and fungi. Along with phlegm, pneumonia can produce several other symptoms, such as fever with shaking chills, chest pain, shortness of breath, headaches, fatigue, muscle pain, and nausea and vomiting. Small children and elderly people, as well as individuals with a compromised immune system, are at an increased risk of developing a serious form of pneumonia.

Apart from these, phlegm in the throat can be associated with several other conditions like tonsillitis, pharyngitis, acid reflux disease, and tuberculosis. Presence of blood in sputum can be a sign of tuberculosis and lung cancer. However sometimes, bronchitis can also produce blood-stained phlegm.

Treatment for excessive phlegm depends on the underlying causes. For example, if it is associated with bacterial infections, then physicians can recommend antibiotics depending on the severity of the condition. On the other hand, a viral infection usually clears up on its own after running its course.

If phlegm in the throat is associated with allergies, then it can be alleviated by taking allergy medications, and avoiding the particular allergens. Antihistamines, decongestants, and corticosteroids are conventional drugs used for the treatment of excessive mucus production and congestion.

Apart from these, the following home remedies can also help clear up the buildup of phlegm or mucus in the throat:

It is better to consult a physician to find the root cause(s) of this problem, especially if it is persistent in nature, and if the phlegm is yellow or green in color with streaks of blood in it. Such type of phlegm may indicate health problems of a more serious nature than allergy, common cold, or sinusitis.