Cancer has become one of the most common diseases, and is characterized by uncontrolled proliferation of cells due to genetic anomalies. Cancer vaccines aim to utilize the potential of our immune system to bring about a targeted destruction of such malignant growths occurring in the body. 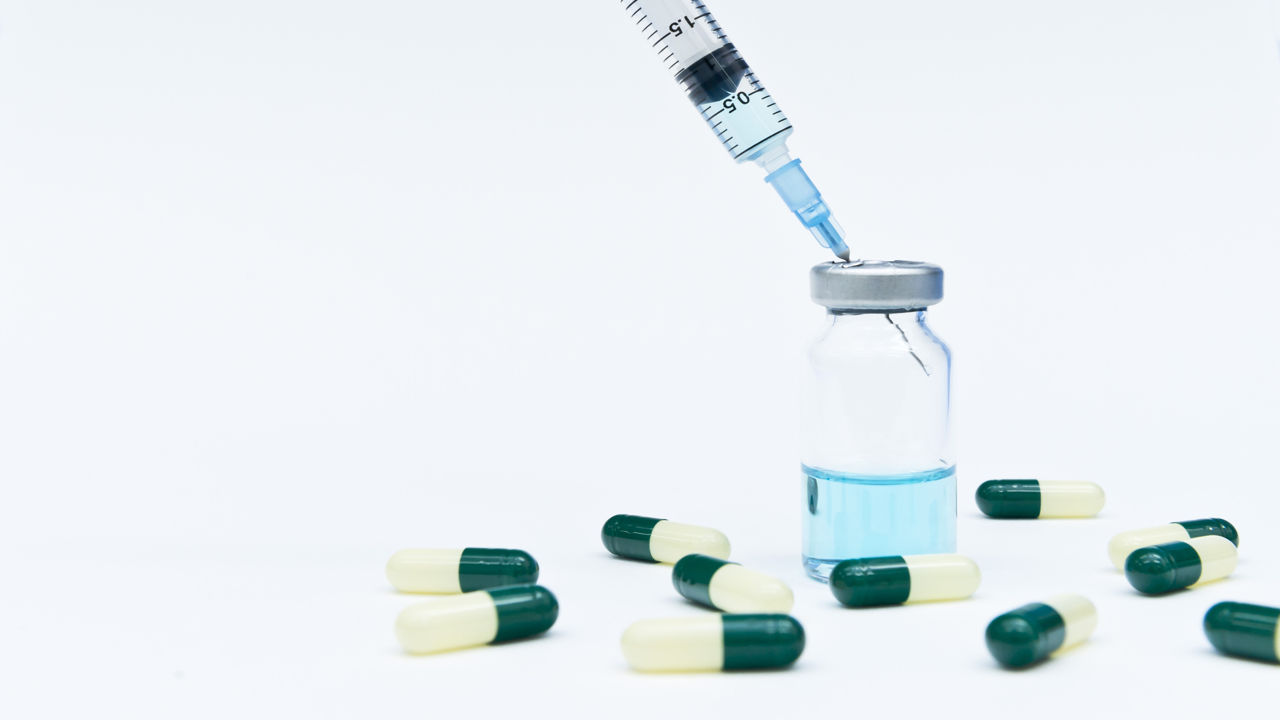 Cancer has become one of the most common diseases, and is characterized by uncontrolled proliferation of cells due to genetic anomalies. Cancer vaccines aim to utilize the potential of our immune system to bring about a targeted destruction of such malignant growths occurring in the body.

At least once a day, on average, your immune system destroys a mutated cell that could potentially become cancerous.
~ Human Physiology: From Cells to Systems

The oldest record of cancer dates back to the period around 1600 BC, and it was Hippocrates, the Father of Medicine, who coined the term carcinos to describe several types of tumors, since these tumors and the blood vessels that radiated from them resembled a crab with its extended legs. In spite of being an old and widely-studied disease, it still poses a major challenge to the medical community.

Modern techniques have enabled a better understanding of the human body as well as cancer at the molecular level opening up a plethora of options for vaccine development. Most cancer vaccines under development or in clinical trials are therapeutic vaccines that aim for tumor reduction in individuals already suffering from cancer. The arena of preventive vaccines is being explored in cancers that arise due to viruses. Given below is a description of the cancer microenvironment followed by the role of a therapeutic cancer vaccine and the strategies developed to fulfill this role.

In order to develop appropriate and effective vaccines for cancer, it is essential to understand the components of a cancer microenvironment and their role in cancer growth. Most of these cell types play a vital role in wound-healing and inflammation. Cancerous growth is like a wound that never heals and secretes chemoattractants to recruit fibroblasts, endothelial cells as well as cells of the immune system to the tumor site. These cells initially try to suppress tumor progression, however, due to certain factors secreted by the cancerous cells, they promote tumor growth and progression, synthesis of new blood vessels (angiogenesis) as well as resistance to therapy. In simple terms, the soldiers and builders of the body are enslaved by the tumor to facilitate its growth and expansion.

The major cell types that directly and/or indirectly interact with cancer cells have been described below, along with their role in the tumor microenvironment.

These are fibroblasts, endothelial cells and mesenchymal cells that are activated by tumor-secreted factors. CAFs secrete growth factors that cause proliferation of cancerous cells, and aid the recruitment of other cell types in order to orchestrate angiogenesis and infiltration into the surrounding tissues.

These are the cells that form the inner lining of blood vessels and lymphatic vessels, and are responsible for angiogenesis. Tumors activate and recruit these cells from the nearby blood vessels, and employ them to create new vessels through which the tumor can derive its nutrition as well as get rid of the cellular wastes.

Leukocytes that are recruited to the tumor site include macrophages, dendritic cells (DC), neutrophils, basophils, helper T cells, cytotoxic T cells (CTL), natural killer cells, and B cells. These cells are the soldiers of our body, and are involved in mounting an immune response against foreign bodies. However, in the tumor microenvironment, these cells get manipulated, and pass on the signals for suppression of immune response against the cancer cells rather than that for destruction.

The cells of a particular tissue are always embedded within a fluid matrix called extracellular matrix (ECM) that forms the supporting structure for them. The functions, shape, morphology and even survival of any cell is influenced by ECM. Hence, cancer cells directly and indirectly modify the surrounding ECM to derive nutrition, as well as to favor their proliferation, motility, and angiogenesis.

Role of a Cancer Vaccine

Cancer cells are derivatives of normal cells and most of their molecular surface is similar to that of normal cells. It has been hypothesized that immune cells of the body, along with the signaling molecules, initially control tumor growth bringing about their targeted destruction. This phase is called the elimination phase.

However, the immune system cannot completely eliminate the cancer cells, and an equilibrium phase is attained in which the immune system continues to restrict cancer growth. Although tumor progression is controlled through this phase, certain tumor cells evolve to become resistant to the immune attacks. This phase is called escape phase which is followed by tumor growth and progression since the immune cells fail to recognize tumor cells as an enemy and are not activated. Instead, the immune cells or soldiers of the body are suppressed by the tumor cells, and exploited for their benefit.

The role of a therapeutic cancer vaccine essentially involves activating the soldiers, namely dendritic cells, macrophages, cytotoxic T cells and natural killer cells to act against the tumor cells. Dendritic cells and macrophages are the professional antigen presenting cells (APCs) of the immune system. In simple terms, they eat any foreign substance encountered by them, and display antigens derived from it onto their surface. Such APCs then interact with and activate the helper and cytotoxic T cells, as well as educate them to recognize the cancerous cells. The activated T cells, in turn, multiply and activate:

In addition to tumor destruction, an immune memory is also created for the tumor to avoid reformation of the same tumor.

Peptide vaccines rely on the immunogenic properties of certain cancer-associated peptides to initiate a cascade of destructive actions against the tumor. A variety of cancer associated antigens have been identified, and are being studied for immune system activation. They may be peptides present on the surface of cancer cells, certain enzymes that aid a vital cancer-promoting process, receptors for certain growth factors, etc. These antigens are classified as tumor-associated antigens (TAA) and tumor-specific antigens (TSA). TAA are the antigens that are present on histologically similar cancers, as well as in some normal cells; whereas TSA imply antigens that are present only in cancerous cells.

A single peptide or a cocktail of peptides, purified from cancer cells of the patient himself or synthesized artificially, are being studied for their immunogenicity and application in different types of cancers. In case the peptide is not strongly immunogenic, and cannot lead to an effective immune response, it is fused with certain cytokines, antibodies or even strongly immunogenic but safe peptides. Specialized agents to deliver the peptides to immune cells in an effective manner is being researched using modern techniques like nanotechnology.

The peptide vaccine thus prepared is injected into the patient. The APCs of the patient’s immune system engulf these peptides, and present them on the surface in order to educate the other immune cells. The educated immune cells, when encounter the same antigen on a cancerous cell, bring about the destruction of that cell.

In this vaccine strategy, the tumor cells of a patient are used to educate the immune cells. The tumor cell is the best source of antigens, especially when specific antigens have not been (or cannot be) identified and purified.

Tumor cells used for vaccine preparation may be from the patient himself (autologous) or from some other patient with similar cancer (allogenic). These cells are genetically modified to produce certain immune molecules that will trigger an immune response against the tumor, and then inactivated using chemicals or radiation so that they cannot form a tumor when injected inside the patient. Such modified tumor cells may be coupled with an adjuvant, and are injected into the patient intravenously. The tumor cells are encountered by the APCs, thereby triggering a cascade of tumor education of the immune cells, and tumor destruction. However, the precise cell types and molecules involved is not yet clear.

This category of modern-day genetic vaccines involves the use of naked plasmid DNA to enhance or trigger immune system function. These can be produced at a larger scale which is difficult in case of other vaccine strategies.

The DNA vaccine is composed of a plasmid DNA that contains the genetic code for a TSA or TAA, and a regulatory sequence, so as to enable the decoding of this sequence inside human cells. When this DNA plasmid is injected into the skin or muscle, it is engulfed and internalized by the surrounding cells as well as APCs. Here, the genetic information is decoded, the peptide antigen is synthesized and displayed onto the surface, and cross-presented to the APCs. The APCs then educate other cells, and initiate an immune response against the tumor cells. The efficiency of DNA vaccine can be increased by addition of certain pathogenic sequences adjacent to the antigen sequence or by use of modern delivery systems like nanoparticles.

The term ‘vector’ refers to an agent that can deliver genes into a desired cell type. The common vectors used in the development of vaccines are yeasts, bacteria, and viruses. The use of vectors increases the efficiency of a vaccine due to their inherent ability to stimulate the immune system.

The DNA sequence coding for a particular pre-identified tumor antigen is inserted into an inert vector, which is then injected into the patient. The vector is internalized by the normal body cells as well as immune cells, and the antigen is synthesized from DNA contained in the vector. This antigen is displayed onto the surface, and the immune cells are educated for that particular tumor antigen. The immune cells encounter this antigen on the tumor, and further initiate a cascade of immune reactions against the tumor.

Dendritic cell is a type of white blood cell that functions a professional APC, and has been shown to play an important role in cancer immunity. In a dendritic cell-based vaccine, the dendritic cells of the patient are educated ex vivo to recognize and target tumor cells.

The first study surrounding the concept of a cancer vaccine was conducted in 1891 by Dr. William Coley, a bone sarcoma surgeon. However, only in the 1980s, this concept of therapeutic cancer vaccines progressed substantially. An array of cancer vaccines are currently in the different phases of research and clinical trials, and are being tested for their shortcomings, safety, and efficacy. But these studies are easier said than done, and are not devoid of practical problems and complications. Cancer still continues to be a common, and most dreaded disease of all times.

Disclaimer: This article aims to simplify the subject, and does not intend to ridicule any process, technology or person.