Diabetics often find themselves entangled in so many misconceptions, that it's difficult for them to figure out what to believe, and what not to. However, did you know that a lot of what you hear and believe are actually myths. Here are the top 10 diabetes myths busted for you... 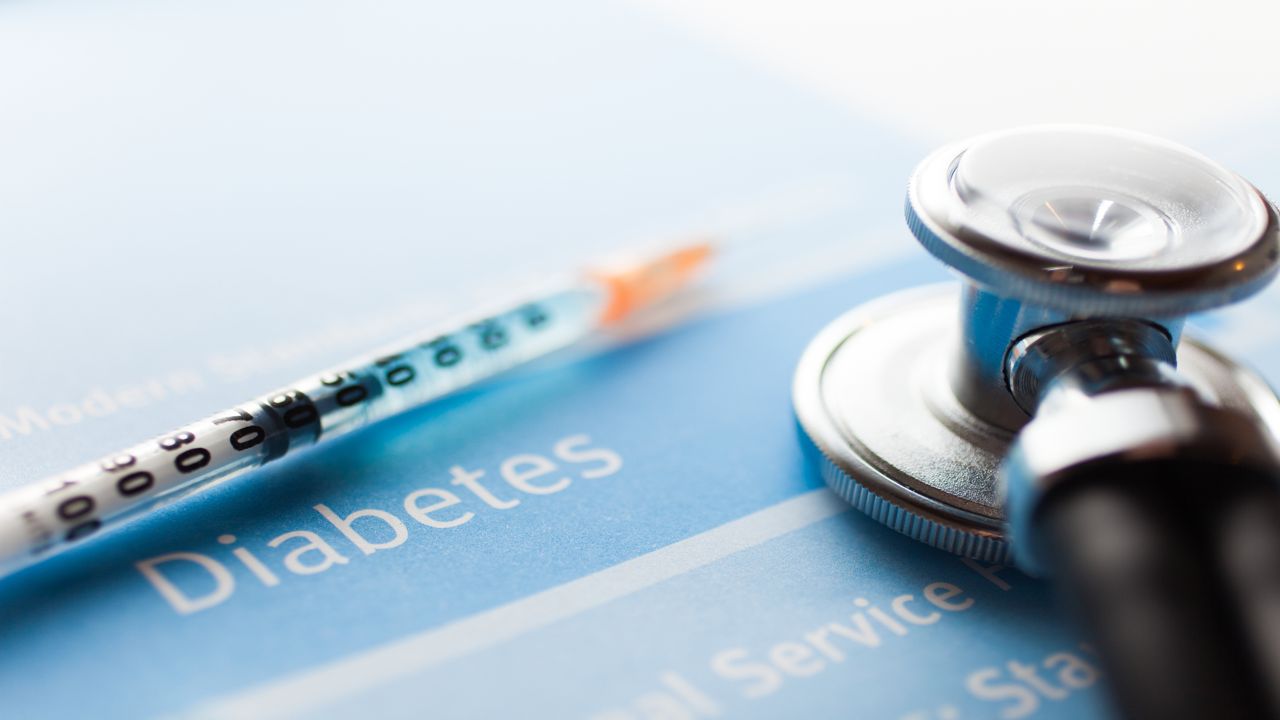 Diabetics often find themselves entangled in so many misconceptions, that it’s difficult for them to figure out what to believe, and what not to. However, did you know that a lot of what you hear and believe are actually myths. Here are the top 10 diabetes myths busted for you…

As of today, about 25 million Americans have been diagnosed with diabetes. According to the American Diabetes Association, if the trend continues, by 2050, one in every three people will develop diabetes.

As we all know there are two kinds of diabetes: type 1 and type 2. Type 1 is the type that develops in childhood or early youth, in which the hormone insulin is not produced at all. Type 2 is the type in which the body fails to produce adequate amounts of insulin. This type was believed to develop in people over the age of 40, who are overweight, or those with a genetic disposition to it. However, with the increase in diabetic incidence in the younger population these days, researchers have realized that diabetes can affect a person of any age, weight, gender, etc. Sadly, diabetes makes no discrimination.

Many fear diabetes, because of the severe restrictions it places on their lives. This may have stemmed from all the misconceptions floating about diabetes. Let’s have a look at the different myths.

Myth #1: I have to maintain a special diet because I have diabetes.

Diabetics don’t have to eat a special diet, but have to consume a healthy, well-balanced meal which everybody should follow anyway. The only difference between a diabetic and non-diabetic is that the former has to monitor his meals more closely. A healthy diet is one comprising the right proportion of carbohydrates (whole grains), protein (lean meat, pulses), and fiber (fruits and vegetables). Junk food is high in salt, saturated and trans fat, and not only causes weight gain, but also increases the risk of heart diseases, stroke, etc.

Myth #2: Diabetes is so common these days, it’s no big deal.

The so-called ‘Fast Food Nation’, is sadly now also called the ‘Diabetic Nation’ with the number of diabetics increasing with every passing day. According to the Centers for Disease Control and Prevention, more than 24 million Americans have diabetes. In fact, diabetes causes more deaths in a year, than AIDS and breast cancer combined. The number of cases is increasing, but that doesn’t reduce the reason for concern. Diabetes is a serious condition linked to heart diseases, nerve damage, blindness, amputation of the limbs, kidney deterioration, etc.

Desserts contain sugar, which when consumed spike the blood glucose levels. This is why diabetics are asked to control the amount of sweets they eat. However, this doesn’t mean they cannot have desserts at all. Having small portions of desserts once in a while, after a low-carb meal is alright. This is because the total sugar in blood is controlled by the total amount of carbohydrate ingested. This may come from sugary or starchy foods. Incorporating it intelligently in the meal plan, without letting the total sugar level to rise is what is required. Thus, diabetics do not need to avoid sweets, they just need to strictly monitor the total sugar intake. Having treats once in a while is certainly OK!

Yes, fresh fruit juice contains fructose and is devoid of white sugar, but even then it is not good for diabetics. While whole fruit comprises fiber, vitamins, minerals, and natural fruit sugar (fructose), freshly squeezed fruit juice lacks fruit fiber. Thus, one glass of orange juice contains a lot of fructose, which causes the blood sugar levels to rise. If you had eaten an orange, the fiber would cause the orange to get digested more slowly, and the sugar levels wouldn’t spike. Having said this, having fresh fruit juice once in a while is alright. Fresh fruit is better than fruit juice, but fruit juice is definitely better than soda! It’s just that it shouldn’t be had daily and in unlimited quantities with the notion that it’s healthy.

Food items made from processed white flour, such as white bread, pastries, donuts, etc. are not to be consumed by diabetics as far as possible, however, indulging in them once in a while is not going to cause any sudden harm. These foods are prohibited because they have a high glycemic index, which causes the blood sugar levels to increase. However, eliminating carbs completely from your diet is not right. Carbohydrates provide fuel to the body for energy, and no carbs means less energy to get through the day. The key is to identify foods with low glycemic index like whole grain flour, vegetables, legumes, fruit, nuts, etc. which cause gradual rise in blood glucose. The key is to limit portions, and have 6 small meals throughout the day, instead of 3 large ones.

The wide range of sugar-free products seem to be the answer for most diabetics. After all, they are the guilt-free way of satiating our sweet tooth. Sugar-free ice creams and chocolates do not raise sugar levels. However, this term sugar-free can be quite misleading. While it’s true it is devoid of sugar, our minds fail to understand that the item is not carbohydrate-free/calorie-free. While carbohydrates or calories are not dangerous per se, the danger arises in case of overindulgence. Diabetic people tend to overindulge in sugar-free products, which sends loads of calories into their bodies. This in turn raises the sugar levels, which ultimately causes weight gain. If you want to have sugar-free items, have them only in limited amounts.

Myth #7: Only those who eat lots of sugar get diabetes.

Type 1 diabetes is caused by genetic and other factors that are yet to be discovered, while type 2 diabetes is believed to be caused by genetic as well as unhealthy lifestyle. To be precise, medical science hasn’t found the exact cause of diabetes. Family history and genetics are linked to diabetes development, however, many develop diabetes even though it doesn’t run in the family. The American Diabetic Association says that while consuming too much sugar is not directly seen to cause diabetes, consumption of sugar should be controlled. This is because excess sugar means excess calories, and excess calories means weight gain, which in turn can increase the risk of diabetes. Other medical conditions like high blood pressure, polycystic ovary syndrome, etc. may also increase the risk.

It’s a dangerous myth that only fat people develop diabetes. This may make thin people be of their guard, and get complacent on their routine check-ups. Although obesity increases one’s chances of developing type 2 diabetes, being skinny doesn’t reduce your risk. Several men and women diagnosed with type 2 diabetes are shocked, because they expected diabetes to be linked to excess pounds. Factors like genetics, stress, etc. are assumed to be responsible for causing diabetes in thin people.

Weight loss is an important part of diabetes management. For this the more you exercise the better. Exercising helps reduce the resistance to insulin. However, it’s crucial that we understand weight loss only helps manage diabetes, but in no way cures or reverses it. It’s important to realize that although obesity or excess pounds act as a risk factor for diabetes, it does not cause it. Some may argue that by losing weight their diabetic condition was reversed. However, weight loss may cause the sugar levels to stabilize only for a short period of time. When one gains back the pounds, the sugar levels will also be seen to rise. Thus, losing weight can help control diabetes, but cannot cure it.

Myth #10: I’m doomed because I have diabetes.

Just because you’ve been diagnosed with diabetes, doesn’t mean you’re doomed. It’s important to remember, diabetes is not a disease, but a symptom – high blood sugar level. If not controlled it can cause various health problems, however, with proper care health complications can be avoided. Diabetes can be delayed by maintaining a proper exercise routine and a healthy diet. Often when people are diagnosed with diabetes, they feel they’re doomed because they cannot eat sweets, however, occasional treats are not a problem. If one maintains portion control, diabetes can be managed very well.

Diabetes must neither be taken lightly, nor are we to fear it. The key to understanding diabetes is ‘balance’. If you can balance your lifestyle, that is eating healthy with occasional treats, and follow a daily exercise regime, you can lead a life that is not weighed down by diabetes! All the best!