Symptoms and Treatment of Leukopenia

Leukopenia is a decrease in the number of white blood cells found in blood. It decreases the ability of the body to fight infections and diseases. To know about the symptoms and treatment of leukopenia, read on...

You are here: Home / General Health / Symptoms and Treatment of Leukopenia 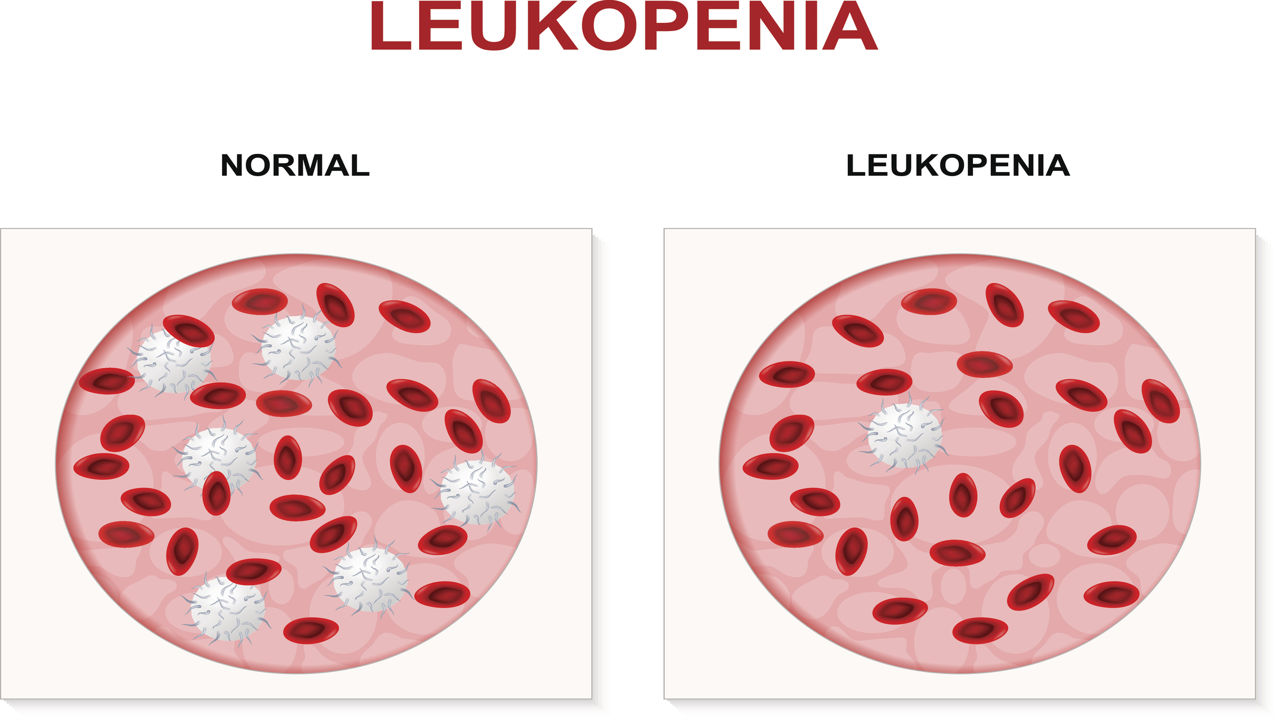 Leukopenia is a decrease in the number of white blood cells found in blood. It decreases the ability of the body to fight infections and diseases. To know about the symptoms and treatment of leukopenia, read on…

There are five different types of leukocytes.

The primary cause of this disease is extensive neutrophil use or reduction in the number of neutrophils. The other causes are chemotherapy, radiation therapy, leukemia, myelofibrosis, aplastic anemia, influenza, Hodgkin’s lymphoma, some types of cancer, malaria, tuberculosis and dengue. Sometimes, leukopenia is also caused due to Rickettsia infections, enlargement of the spleen, folate deficiencies, psittacosis and sepsis. Other causes are deficiency in certain minerals, such as copper and zinc. People suffering from leukopenia are more prone to cancer and AIDS. Hence, it is very important to treat leukopenia as delay in the treatment can make the person vulnerable to diseases and infections. Following are some of the ways by which the white blood cell count can be increased.

Low white blood cell count weakens your immune system and puts you at a high risk of infections. Regular CBC (complete blood count) test will help you to keep a tract on your blood cell count. Leukopenia is not considered life-threatening in itself but as it makes the body vulnerable to other diseases it may cause fatal results in the future. Hence, early diagnosis and treatment can save you from critical conditions.

This HealthHearty article is for informative purposes only, and should not be used as a replacement for expert medical advice.