An underactive thyroid can drastically slow down the rate of metabolism, which in turn can cause many health problems. Elucidated in this article are a few causes, symptoms, and treatment options of this condition.

You are here: Home / General Health / Underactive Thyroid in Men 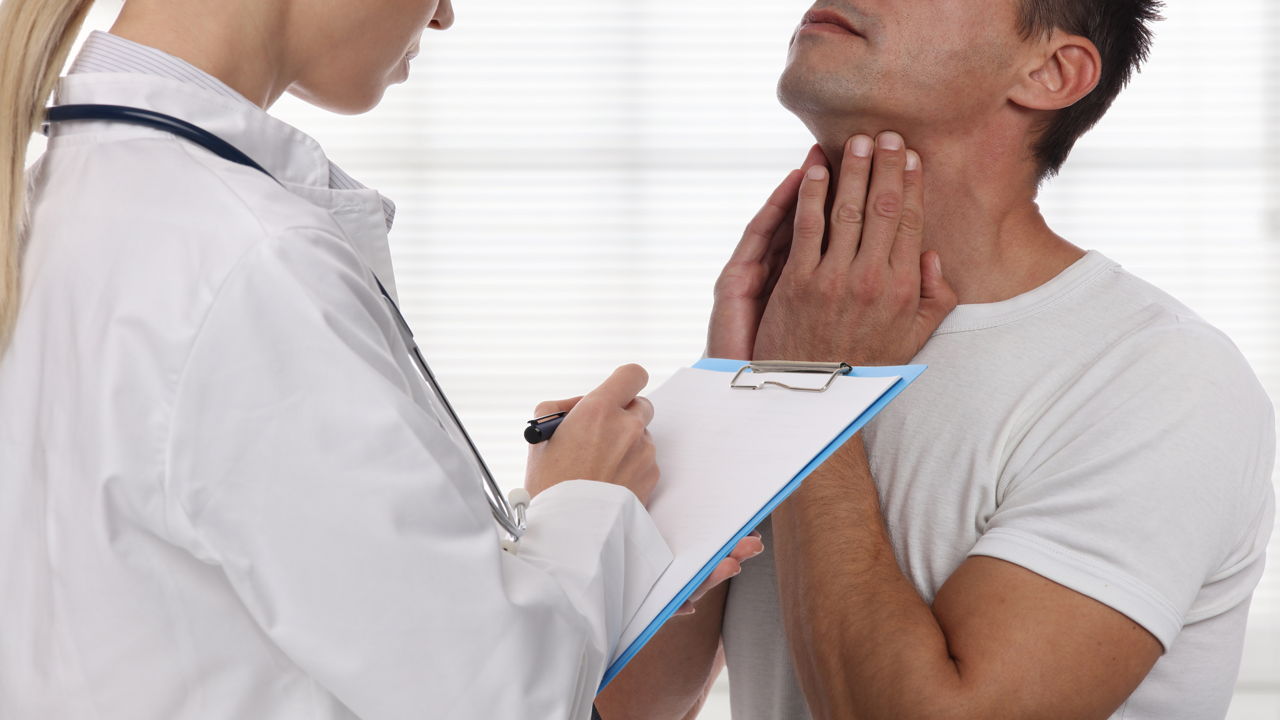 An underactive thyroid can drastically slow down the rate of metabolism, which in turn can cause many health problems. Elucidated in this article are a few causes, symptoms, and treatment options of this condition.

According to American Association of Clinical Endocrinologists (AACE), every year, around 27 million Americans are diagnosed with some or the other kind of thyroid disorder. However, around half the cases remain undiagnosed due to unsure TSH levels. TSH 3rd generation is a pathological test that counts the TSH levels in the blood, which is different from the 1st and the 2nd generation. This means that the 3rd generation TSH reveals the lowest analytical concentration of thyrotropin. The normal levels/range of TSH has always been a topic of debate over the years. Until the year 2002, the normal range was believed to be 0.5 to 5.0 mlU/L. However, latest updates reveal the normal range of TSH to be between 0.3 to 3.0 mlU/L. Therefore, any level below 0.3 might indicate hyperthyroidism, and anything above 3.0 indicates hypothyroidism. Due to the narrower reference range of the ultra-sensitive third generation TSH test, men who may have been experiencing mild symptoms due to mild or sub-clinical hypothyroidism can now be diagnosed and treated. This will help in preventing mild hypothyroidism from changing into overt hypothyroidism.

Hypothyroidism is the medical term used for an underactive thyroid gland. It refers to a thyroid gland that fails to produce adequate amounts of thyroid hormones, which the body needs to utilize fats and carbohydrates. In other words, the thyroid hormones are of crucial importance to regulate the rate of metabolism. They are also important to maintain the normal body temperature and the production of proteins. The main thyroid hormones are, thyroxine or T4 and triiodothyronine or T3. A deficiency of these two thyroid hormones can disturb the rate of metabolism in the body, and can produce a number of symptoms. The incidence of hypothyroidism is usually more in women, though at times, men too can suffer from this condition.

Hashimoto’s Thyroiditis: This is an autoimmune disease which is characterized by the production of antibodies against the body tissues by the immune system. Also termed as chronic lymphocytic thyroiditis, in this condition, the thyroid gland is attacked by one’s own immune system, resulting in inflammation, which eventually leads to an underactive thyroid condition in men.

Thyroid Destruction: This occurs mainly to a person who has to undergo radioactive iodine treatment, when he might be suffering from Graves’ disease, a disorder of the immune system that leads to the overproduction of the thyroid hormones. Apart from radioactive iodine treatment, he may have to go through a surgical procedure, wherein, a part of the thyroid gland is removed. This may sometimes result in hypothyroidism.

Iodine Deficiency: Severe iodine deficiency results in decreased level of the thyroid hormone, which leads to hypothyroidism. This deficiency is very uncommon in the United States. However, lack of iodine is present mainly in the lesser industrialized nations like Zaire, Chile, India, etc., or in hilly regions like Ecuador. In such places, out of the total population, on an average around 10% people have this condition.

Medication – Medicinal drugs which are usually given for the treatment of hyperthyroidism (overactive thyroid) might often lead to hypothyroidism. A few of the drugs include, methimazole (Tapazole), lithium (Eskalith), and propylthiouracil (PTU). There are some other drugs which contain excessively large amounts of iodine, like amiodarone, potassium iodide, and Lugol’s solution (iodine solution). These drugs may adversely affect the thyroid functioning, which results in an underactive thyroid.

Men with an underactive thyroid gland can experience a number of symptoms, out of which the more common ones are:

This condition is usually treated with the synthetic thyroid hormone known as levothyroxine, and the medication for this condition is taken orally to restore the normal level of thyroid hormones, which usually means lifelong medication. However, the appropriate dosage of this medication changes with time, which is determined by the physician by checking the level of TSH in the body. An overdose of levothyroxine can cause side effects like increased appetite, palpitations, confusion or disorientation, arrhythmia (irregular heart rhythm), tachycardia (rapid heart rate), stroke, coma, seizures, etc.

Although it is not common, undiagnosed hypothyroidism may sometimes lead to myxedema coma. In that case, the thyroid replacement hormones and steroid medications are administered intravenously. Myxedema coma is the condition where the level of thyroid hormones drop down to extremely low levels. It is an acute form of hypothyroidism, which produces symptoms like drowsiness, profound lethargy, extreme cold intolerance, unconsciousness, low blood pressure, difficulty in breathing, and low blood sugar.

Along with medications, certain foods can also help to cope with an underactive thyroid gland. Usually, foods rich in protein, iodine, fatty acids, fibers, selenium, and vitamins (vitamin A, C, B1, B3 and B6) are considered good for patients diagnosed with this condition. However, be sure to talk to your physician, as some foods as well as supplements can affect the absorption of levothyroxine. For example, a high fiber diet along with calcium and iron supplements, and also soy and soy products, can affect the absorption of this medication.

A patient who is diagnosed with a sluggish thyroid needs to be very particular about his diet. Any form of caffeine or alcohol consumption should be strictly avoided. Apart from these, saturated fats, processed foods, or any high calorie food products should not be consumed. Foods that restrain the thyroid gland’s performance are known as goitrogens. These food products restrict the iodine from reaching the thyroid gland, and therefore, they should be avoided as much as possible. Peanuts, kale, turnips, broccoli, cabbage, cauliflower, Brussels sprouts, etc., are a few goitrogens which should not be included in the patient’s diet.

If left undiagnosed and untreated, it can lead to several complications such as goiter, heart problems, obesity, high cholesterol, myxedema coma, and infertility. Therefore, if you experience the symptoms associated with an underactive or hypoactive thyroid for a considerable amount of time, then it is better to get them properly evaluated by visiting an endocrinologist.