You are here: Home / General Health / Excessive Sweating While Sleeping 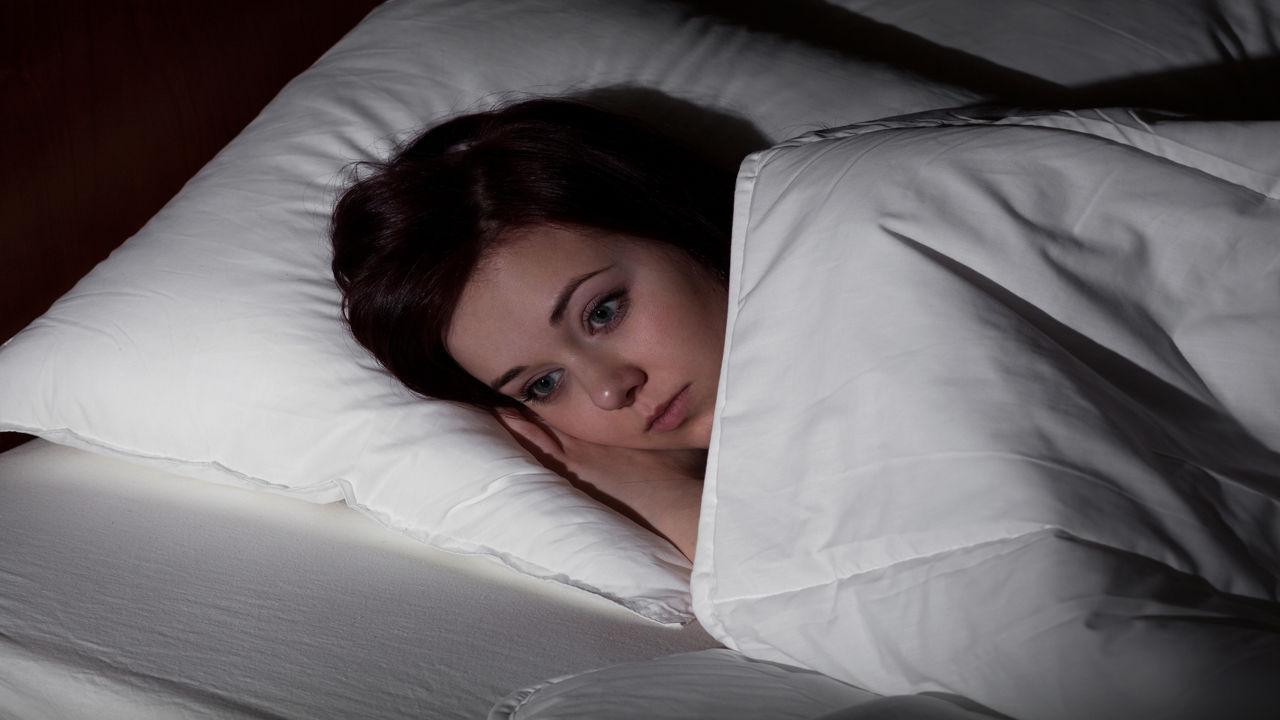 Excessive sweating while sleeping―also known as night sweats―is a common problem affecting a lot of people. The result: a heavily perspiring body despite sleeping in a room with normal temperature, a damp and moist bed, and frequent changing of sheets and clothes. Commonly referred to as sleep hyperhidrosis, this type of sleep disorder causes repeated disruption of normal sleep cycles. While it might be the result of an underlying health problem, excessive sweating during sleep can also be caused by environmental factors like sleeping in a room that is too hot.

The sleep disruption caused by the night sweats can be extremely debilitating as it not only hampers your daily life, but also leads to a host of health problems. The best way to solve the problem is to identify its cause. Once the cause is found, the appropriate treatment measures can be provided to eliminate this troubling condition. Here are some of the common reasons for excessive sweating at night.

What Causes Excessive Sweating While Sleeping?
Sweat is produced by the glands located in the skin’s dermis layer. It helps in controlling the body temperature. Although found all over the body, sweat glands are numerous around the forehead, underarms, palms, and soles of the feet. The normal causes of sweating include hot temperature, too much physical activity, eating spicy foods, and emotional stress. However, there are some health conditions that may lead to excessive and abnormal sweating, especially during the night.

Idiopathic Hyperhidrosis
When a person has excessive sweating without an underlying medical condition or disease in the body, it is known as idiopathic hyperhidrosis. This condition can occur any time, during childhood or later in life. The condition is chracterized by overactive sweat glands. The sweating is often confined to the soles of the feet, armpits, palms, groin, and under the breasts.

Menopause
During perimenopause and menopause phase, the drop in the estrogen leads to the improper functioning of the hypothalamus. This causes the skin to redden and dilate, leading to excessive sweating. The hot flashes and excessive sweating during the night for women can be triggered off in a warm bedroom, or due to sudden changes in the temperature. Hot drinks, spicy foods, dehydration, smoking, and emotional stress can trigger off these hot flashes at night. Premature ovarian failure, also known as premature menopause, can also lead to the night sweats.

Avoiding hot drinks, spicy foods, sleeping in a cool room, wearing loose fitting clothes, and drinking plenty of water can help in dealing with the hot flashes and sweating at night.

Hyperthyroidism
Hyperthyroidism which is an endocrine disorder that is characterized by an over-active thyroid, can accelerate the body metabolism, lead to rapid heartbeats, and sweating at night. The symptoms of hyperthyroidism also include a sudden loss of weight, increased appetite, fatigue, and difficulty in sleeping.

Antithyroid medication and radioactive iodine is known to reduce the symptoms of hyperthyroidism considerably. In severe cases thyroidectomy may be recommended.

Hypoglycemia
Hypoglycemia that is characterized by low blood sugar levels is common among diabetes patients who take too much insulin. Waiting too long between meals, not eating enough food, and exercising vigorously without eating snacks or taking a dose of insulin beforehand can trigger off hypoglycemia. The resultant symptoms include trembling, sweating, feeling anxious and hungry.

Nocturnal hypoglycemia which occurs at night while sleeping can lead to sweaty bed clothes, restless sleep, headaches, bad nightmares, and screaming at night.

For immediate treatment of hypoglycemia, try to consume a sugary snack or drink. In case you are unable to do so, intravenous glucose and glucagon injections might be given. In case the diabetes medication are responsible for the low blood sugar, the doctor may recommend a change of medication.

Infections
Tuberculosis (TB) is one of the most common causes of night sweats. This infectious disease which affects a person’s lungs can cause weight loss, feelings of tiredness and fever as well. Tuberculosis can be treated by taking several drugs for 6 to 12 months or longer as directed by the doctor.

Apart from TB, there are many other infections that can lead to night sweats. This includes:

Medication
Certain medication are known also known to cause night sweats. Some of the common medication that cause excessive sweating while sleeping include:

Antidepressant Medication: Selective serotonin reuptake inhibitors (SSRIs), tricyclic antidepressants and other psychiatric drugs are associated with night sweats. These medication are used to deal with major mood problems and anxiety disorders like obsessive compulsive disorder and depression. An estimated eight to twenty two percent of people taking antidepressant medication are known to complain of night sweats as a side effect.

Antipyretics: Antipyretics also known pain relievers such as Aspirin, Acetaminophen and Ibuprofen affect the hypothalamus. They tell the hypothalamus to reduce the body temperature, and in the process trigger several mechanisms in the body. Perspiration is one such mechanism which is activated in response to the intake of these medicines.

Temporal arteritis: Also known as giant-cell arteritis or Horton disease, this condition leads to the inflammation and damage to the large and medium arteries of the head. Tiredness, depression and night sweats are some of the common symptoms of this condition.

Obstructive Sleep Apnea
When there are continual episodes of complete or partial blockage in upper airway blockage while sleeping, it is known as obstructive sleep apnea. As the chest muscles and diaphragm work to open the airway, the breathing resumes with a jerk or a loud gasp. Apart from sleep disturbances, snoring, daytime fatigue, and restlessness during sleep, obstructive sleep apnea can also lead to night sweats.

Mechanical therapy in the form of continuous positive airway pressure (CPAP) is a preferred initial treatment for this condition. Sometimes oral mandibular advancement devices, or certain dental appliances can be used to prevent the throat from blocking the airways, or to advance the lower jaw forward. In severe sleep apnea that is caused by head-face abnormalities, surgery may be required.

Cancer
Excessive sweating might also indicate certain cancers, like lymphoma (the cancer of the lymphocytes) and leukemia (cancer of blood and bone marrow). If the phase of excessive sweating is accompanied by unexplained weight loss and fever, it is best to consult a physician to rule out the possibility of cancer.

Anxiety and Stress
Anxiety and worrisome thoughts at night can lead to excessive sweating. The anxiety activates the fight or flight system in the body. This in turn causes the blood to rush to the body parts that need it. This leads to a constriction of the blood vessels, also known as vasoconstriction. The body heats up as a result, and a person can start sweating.

Neurological Problems
Although they are fairly uncommon, but certain neurological conditions can also lead to night sweats. These include:

Autonomic Dysreflexia: Also known as hyperreflexia, autonomic dysreflexia, is caused by spinal cord injury at a Thoracic-5 level and above. Nerve impulses to the spinal cord are blocked by the lesion. This leads to an increase in the activity of the sympathetic portion of autonomic nervous system. The symptoms of this condition include spasms, high blood pressure, and profuse sweating.

Post-Traumatic Syringomyelia: A life-threatening complication following a traumatic spinal cord injury, post-traumatic syringomyelia is associated with the development and progression of a cyst filled with cerebrospinal fluid within the spinal cord. This leads to chronic pain, loss of function, respiratory failure, and death.

Stroke: Strokes are characterized by a loss of brain function due to a disturbance of the blood supply to the brain. It is often caused by severe spinal cord injuries, and results in profuse sweating, nasal stuffiness, and throbbing headaches.

Other diseases that result in night sweats include:

One of the most common reasons for night sweats is a toasty sleeping environment! There are several ways to stop excessive sweating caused by this. Simple things like removing a blanket, or using the fan or AC, etc. can help in dealing with the night sweats.

To treat this disorder effectively one has to find out the actual cause behind the excessive sweating. It is only after proper diagnosis that the root cause can be found and effective treatment introduced. Cutting back on stress, and taking up certain stress-relieving practices, like light exercise or meditation have been cited to relieve night sweats. Most doctors advice antiperspirants, botox injections, and the iontophoresis therapy as the cure. However, in certain severe cases surgery is also advised.