Foods to Avoid When You Have Bronchitis

Certain foods should be avoided completely when you have bronchitis, as they contain oxidants that may irritate the mucous membranes and flare up the symptoms. This HealthHearty article enlists some of these foods.

You are here: Home / General Health / Foods to Avoid When You Have Bronchitis

Certain foods should be avoided completely when you have bronchitis, as they contain oxidants that may irritate the mucous membranes and flare up the symptoms. This HealthHearty article enlists some of these foods.

Quick Tip!
Whenever bronchitis strikes, prepare a solution of equal quantities of fresh orange juice and warm water. Continue sipping this solution every 2 hours, till the symptoms subside.

Bronchitis is a medical condition in which the air passages of the lungs become swollen due to irritation by an external stimulus. It may also be a secondary symptom of cold or flu that can be caused due to viral infection. Bronchitis is also known as chest cold.

The acute form of bronchitis is usually not serious, and reversible. The symptoms may last for about 12-15 days. As opposed to that, in the case of chronic bronchitis, cough, along with sputum, can continuously persist for anywhere between 3 months to 2 years. The symptoms can become non-reversible, and the condition is termed as chronic obstructive pulmonary disease (COPD).

So, if you notice symptoms such as wheezing while breathing, coughing out a discolored sputum, low-grade fever, sore throat, and general fatigue, it can be a case of bronchitis. After consultation with a medical professional, if the condition is diagnosed to be bronchitis, besides medication, avoiding certain foods may help you heal faster.

The food items that trigger mucus formation should be avoided completely. Dairy products, chocolates, bananas, and all processed, refined, fried, and junk foods are to be avoided. Avoid simple sugars, alcohol, and smoking.

Milk and its products are one of the most healthy foods, and occupy mid-place in the food pyramid. But when you have bronchitis, they are deemed bad because they contain saturated fat. When saturated fat is consumed during an episode of bronchitis, it increases the phlegm production and causes inconvenience in breathing.

If you still feel like having milk or milk products, go for the non-fat, low-fat, or reduced fat versions. Skimmed milk, low-fat cheese, or yogurt may be the better option. The beneficial bacteria in yogurt may also help improve your weakened immune system.

We all love our French fries and burgers, but when you are down with bronchitis, you may sadly have to stay away from it. Fried chicken, potato chips, and onion rings contribute equally to worsen the condition. The reason being that, fried foods contain oxidants, and are high in saturated fat. Both are not good for mucus reduction and expectoration, furthermore, they provide no nutritional value.

While recovering, it is advised to eat steamed chicken and fish. They are a rich source of proteins and omega fatty acids respectively, which aid in quicker rehabilitation. Any food product that is baked, broiled, grilled, or poached is beneficial and can be consumed.

They offer no nutritional value, suppress immune function, and often are a cause of weight gain, which may eventually lead to more difficulty in breathing. Although weight gain may not be an overnight worry but it is advised that patients of bronchitis should keep a check on their weight, and not let it increase.

It would be better to avoid these processed products and give some rest to your digestive system while recovering.

Salt acts as a diluent. It thins the blood and increases its volume. Picture this, due to bronchitis your airways have become inflamed and narrow, you are trying to breathe harder to inhale a specific amount of oxygen with each breath. Your heart has already got burdened by pumping the oxygen-deficit blood.

To add to the misery, you ingest salt which increases the blood volume. Your already burdened heart has to beat even faster and work harder to pump that extra blood. Now you get why high-salt products are harmful for your body when you are suffering a bout of bronchitis.

Also, salty foods retain water in the bronchial tissues, which slows down the recovery from inflammation. To prevent the extra burden on your heart and lungs, avoid salt. Use natural herbs, such as lemon, pepper, oregano, thyme or basil as seasoning for your food.

Processed food is again the culprit here. Avoid them like the plague, at least till the symptoms of bronchitis subside.

Consuming alcohol may seem like the right thing to do, because it provides a little warmth when you are all cold and shivering. But resist the temptation, because alcohol acts on your central nervous system and slows down the reflexes of coughing and sneezing which are essential for clearing of air passages.

Alcohol also dehydrates the body and makes it lose essential fluid by the way of urination. By losing water, the mucus tends to become thicker and harder and hence, difficult to cough up. Therefore, alcohol has to stay on the shelf while you recover.

Smoke of All Kinds: First, Second, or Third-hand!

You have already heard it from everywhere, now read it again. Quit smoking! Especially if you are prone to bronchitis, or are suffering from it. Also, you should not allow anybody to smoke in your house. It is called secondhand smoke. Smoking causes lung damage. Sounds clichéd, but ultimately that’s the truth.

Although not a food product, I thought of including it in the list because smoke directly affects the lungs and damages the cilia. Over time, the cilia loses its ability to clean the smoke debris, irritants, as well as excess mucus, from the lungs. This makes the smoker susceptible to infections and when he catches an infection, the recovery is long and burdensome.

If you don’t smoke, don’t start, and if you do, cut down or quit. Try to stay away from smokers, because even secondhand smoke is dangerous for you, especially when you are suffering from bronchitis, or even otherwise.

To conclude, I will only say that prevention is better than cure. Maintain good hygiene. If you still catch the bug, take plenty of rest, proper medication, and avoid the foods mentioned above. 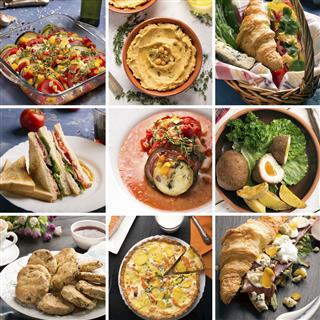 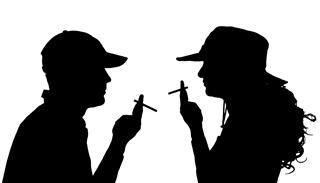